Service of Process in the People’s Republic of China

The People’s Republic of China (PRC) became a signatory to the Hague Service Convention on May 6, 1991, and its provisions entered into force on January 1, 1992.

Accordingly, in order to serve process in the PRC, as per the US Supreme Court, service must be pursuant to the Hague Service Convention.

How to Serve Process in the People’s Republic of China

The People’s Republic of China has a population four times that of the United States, and includes one of the fastest growing economies in the world. Accordingly, their Central Authority has a fairly bureaucracy, which — in combination with changes in both the legal regime and economy — can lead to significant challenges, especially when it comes to effecting service.

For example, in the period of 2017-2019, the time to effect service in the PRC under the Hague Service Convention more than doubled increasing response time to an average of two years.

But, more recently, in 2020 we’ve seen an acceleration in turnaround time so that the average response time is now approximately 12-16 months.

Notwithstanding the above, accurate address information is absolutely crucial to successful service in the PRC. Litigants must ensure that (1) the defendant can be found at the location indicated, and (2) the address is properly represented.

Need to serve process in the PRC?

Please fill out an LLS online inquiry form and we will contact you directly.

Serving Process in China from the US

Legal Language Services is recognized by the Chinese Central Authority as the model for foreign requesting agencies.

LLS’ submissions have become the standard by which other requests are evaluated, and we have extensive experience navigating the myriad requirements the PRC applies to Hague Requests.

Serving Process in China from Canada

In general, Canadian courts take a more nuanced view of the Hague Service Convention than US courts, but effectively reach the same conclusion: i.e. its limitations must be observed.

Regardless of forum court requirements, the service rules of the receiving country must be observed, or enforcement of a judgment may become impossible.

On a Deadline? We Specialize in RUSH Services

That said, if anyone can provide you with RUSH international service of process, LLS can. Our experience effecting service is second to none. Contact LLS to find out what is possible in your hour(s) of need.

The PRC requires a translation into Chinese of all documents to be formally served via the Central Authority.

When you need a translation from or into the written Chinese language, it’s important to specify which of the two character sets will be used: traditional or simplified. These two writing systems are related but not interchangeable, so you need to make sure the proper one is utilized.

Standard Chinese (Mandarin) is the official national spoken language of the People’s Republic of China and serves as a lingua franca within the Mandarin-speaking regions.

That said, there are several hundred additional languages and dialects spoken throughout the PRC and several other autonomous regions have their own official languages, including Tibetan and Mongolian.

The language laws of the PRC do not apply to either Hong Kong or Macau.

Alternate Methods of Service Under Article 10

The People’s Republic of China objects to service via alternate methods of service — only Article 5 may be utilized.

Enforcement of US Judgments in China

The PRC has recently signaled that they are open to the recognition and enforcement of foreign judgments. Indeed, the Chinese Central Authority has increasingly recognized foreign judgments, including Article 15 default judgments

But the process of having a judgment recognized by the appropriate Peoples’ Court and obtaining an enforcement order is not without its challenges.

If you have a judgment against a Chinese defendant, here are some things to keep in mind:

If you are considering an enforcement action in China, consult with the experts at Legal Language Services. We’re here to help.

LLS can assist you with service and can help you understand and meet the translation requirements for service of process in China. Please call (913) 341-3167 or submit an online inquiry for more information.

(Calling from outside the US? Add 001 before dialing our US area code.) 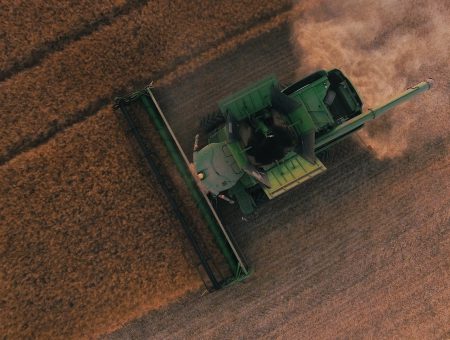 LLS recently received a rejection notice from the Chinese Central Authority predicated on Article 13 of... 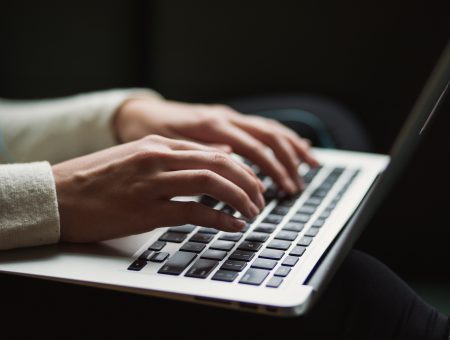 International service of process and the taking of evidence overseas require specialized expertise. 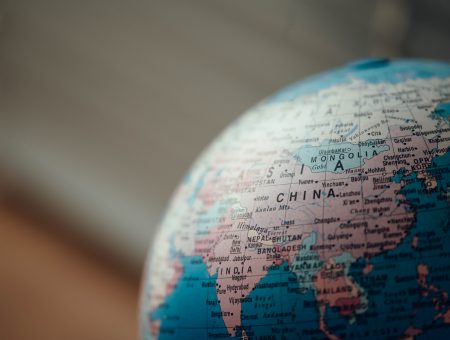 Service of Process in China Improves

By: Tom On: January 20, 2021 In: Chinese Central Authority, International Service of Process Comments: 1

The CCA’s level of service has been substantially improving in numerous ways. 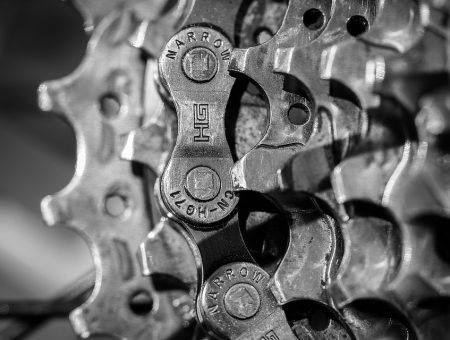 The Mechanics of Filing for Article 15 Default Judgments

By: Tom On: July 16, 2019 In: Chinese Central Authority, International Service of Process Comments: 0

There are two components to be filed in order to obtain an Article 15 default judgment... 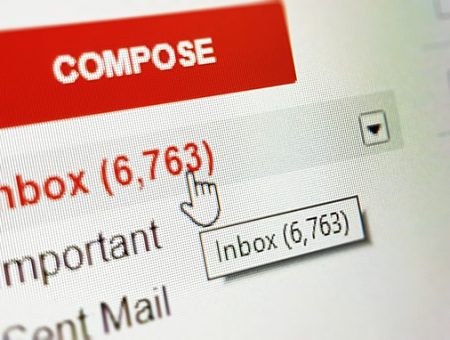 Is Email Service Allowed Under the Hague Service Convention?

By: Tom On: June 18, 2019 In: Chinese Central Authority, International Service of Process Comments: 0

Service of process in China can be a lengthy process. As a result, some plaintiffs attempt... 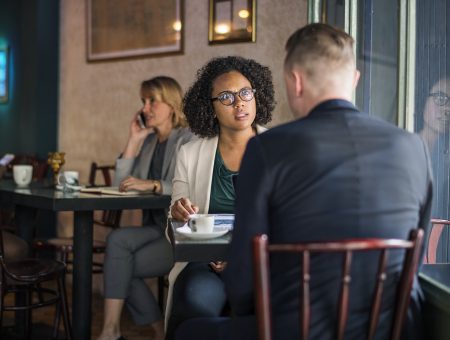 By: Tom On: March 12, 2019 In: Chinese Central Authority, International Service of Process Comments: 0

These are the seven common arguments opposing counsel tends to raise in order to have an... 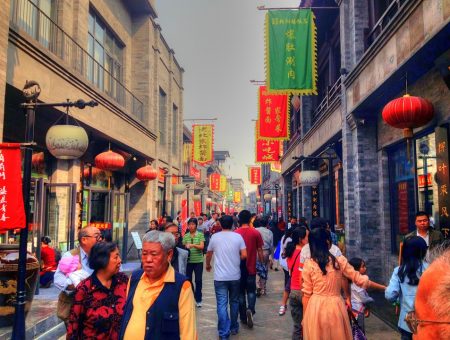 In China, the Chinese Central Authority for the Hague Service Convention is not the same as... 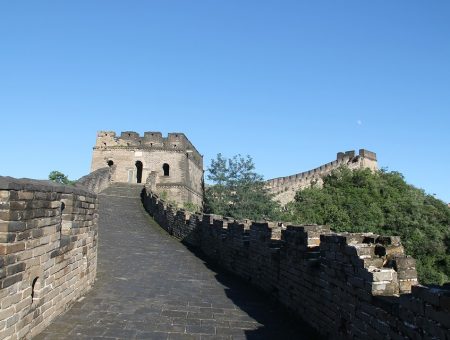 Delays and Default Judgment: Service in China via the Chinese Central Authority

By: Tom On: July 18, 2017 In: Chinese Central Authority, International Service of Process Comments: 0

Legal Language Services and other Hague Convention member countries have noticed that the time required to... 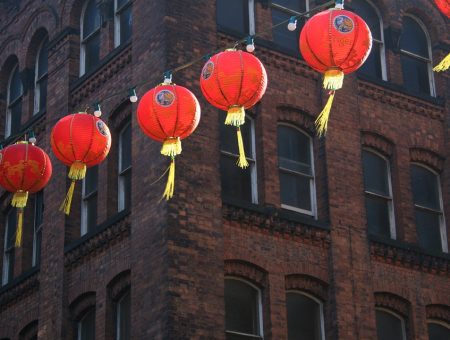 The Year of the Monkey and Service of Process in China

By: Guest On: November 30, 2016 In: Chinese Central Authority, International Service of Process Comments: 0

It’s Chinese New Year — and China doesn’t monkey around. Find out more about the holiday...

In recent years, the Chinese Central Authority (CCA) has been a model of inefficiency.The turnaround time for service of process in China pursuant to the Hague Service Convention (HSC) was approximately 2 years and, on occasion, took as long as 3-4 years.

Accordingly, to reduce this time, we at Legal Language Services have recommended filing for a default judgment under Article 15 of the HSC.  The CCA, meanwhile, has not been unaware of the problems and, in fact, during 2019, it took steps to improve its service.

Throughout 2019 — and especially during the fourth quarter — Legal Language Services noted that the CCA’s level of service has been substantially improving in several ways. Read on to discover exactly how the CCA has managed to reduce the time it takes to effect service and execute Letters for Request. Read more >>

As of January 2019, it takes more than two years to complete service of process in China. To reduce this time, Legal Language Services recommends filing for a default judgment under Article 15 of the Hague Service Convention.

We have previously published key arguments to be used when opposing counsel challenges said motion, but what about the actual mechanics behind filing for an Article 15 default judgment?

There are two components that need to be filed in order to obtain an Article 15 default judgment when attempting service of process in China: the motion itself and an affidavit of due diligence.

Read on to see an example of a correctly filed motion and learn how LLS can assist you in filing and obtaining an Article 15 default judgment. Read more >>

Service of process in China can be a lengthy and involved procedure. As a result, some have attempted to find work-arounds to serving process in China pursuant to the Hague Service Convention (HSC).

A 2019 case highlights one such failed attempt where plaintiffs sought service via email.Luxottica Group S.p.A. v. Partnerships and Unincorporated Associations Identified on Schedule A provides an interesting look at Article I of the Hague Service Convention’s implied requirement of due diligence and email service.

In this case, the plaintiffs brought a trade market action against several defendants including eBay and Alibaba, as well as 906 “individuals and business entities who, upon information and belief, reside in the People’s Republic of China or other foreign jurisdictions.”

Since 2017, the time to complete service of process in China under the Hague Service Convention has more than doubled. As of 2019, the total time to effect service is two years.

The Chinese Central Authority (CCA) has asserted that the two years required to complete service is necessary due to the many layers of the Chinese judicial system. However, this assertion appears somewhat faulty when you consider that prior to 2019 the CCA routinely completed service in less than nine months and the Chinese judicial system had just as many layers then as it does presently.

We have now reviewed several of these motions and observed that opposing counsel tends to raise 7 common arguments to have an Article 15 default judgment set aside. Read on to learn about all 7 so you can be properly prepared when serving process. Read more >>