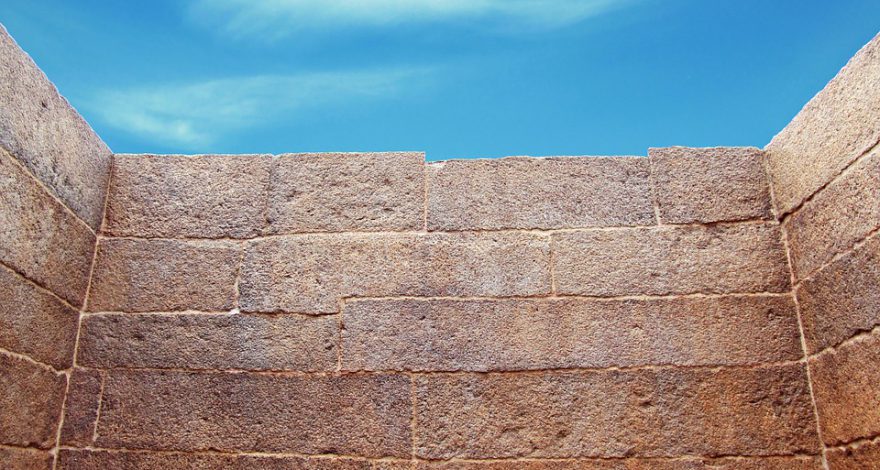 Grupo Petrotemex, S.A. De C.V. v. Polymetrix AG[1] concerns a patent infringement. In this opinion the court examines the impact of blocking statutes on the scope of discovery.

Defining the Blocking Statutes in this Case

Blocking statutes are any statute enacted by an overseas country that is designed to hinder the US judicial system. At issue in this case was whether defendant Polymetrix may properly withhold evidence based on Article 162 and 273 of the Swiss Criminal Code (Switzerland’s principal blocking statutes).[2]

Any person who betrays a manufacturing or trade secret that he is under a statutory or contractual duty contract not to reveal, any person who exploits for himself or another such a betrayal, is liable on complaint to a custodial sentence not exceeding three years or to a monetary penalty.

The court began its opinion by reviewing the legal standards to take evidence abroad. In such situations the “the district court must supervise pretrial proceedings particularly closely to prevent discovery abuses.”[3]

American law has “long recognized the demands of comity in suits involving . . . sovereigns with a coordinate interest in the litigation.”[4] In suits involving extraterritorial discovery, “[t]he exact line between reasonableness and unreasonableness in each case must be drawn by the trial court, based on its knowledge of the case and . . . the governments whose statutes and policies they invoke.”[5]

However, when the evidence sought is subject to a foreign nation’s blocking statute that does not necessarily prevent an American court from ordering a party to produce it.[6] Furthermore, “[a] review of case law reveals that courts have not looked favorably on blocking statutes.”[7]

Determining Whether Polymetrix Established Good Cause for Invoking the Blocking Statutes

The party opposing discovery of relevant, non-privileged information has “the burden of establishing some good cause or sound reason for blocking disclosure.”[8] Thus, the party relying on foreign law to resist discovery has the burden to show such law applies to the discovery at issue;[9] and a party seeking to require that discovery be obtained through Hague Convention international discovery procedures must “demonstrate appropriate reasons for employing [them].”[10]

According to the court, in a prior hearing, it found that Article 162 applies only “when there is a legal duty to prevent the disclosure of manufacturing or business secrets,” and that therefore, “knowing whether there are actual agreements in place is critically necessary for understanding whether Article 162 applies.”

Thus, with regard to Article 162, Polymetrix had not met its burden to establish that confidentiality agreements are in effect that would prevent it from disclosing the information then at issue. Accordingly, Polymetrix was ordered to produce the documents.

In the instant case, Polymetrix “demonstrated that it has at least an implied obligation of confidentiality with regard to the technical, engineering, and manufacturing drawings and specifications” for the patented process. Polymetrix also pointed out that to “build a highly complex industrial plant, it must collaborate with sub-suppliers and other industrial firms to work through the technical details that are inherent to such a project.”

The court recognized that just because Polymetrix could not “identify line by line what is confidential and proprietary and what is not [does] not mean that there is not proprietary information embedded therein, or that the specifications and drawings as a whole do not have a value that depends on their remaining confidential.[11]

Polymetrix partners would have understood

that there is a duty of confidentiality with respect to each other’s business and manufacturing secrets that are used in connection with Polymetrix’s specific project or proposal. This implied relationship of trust and confidence with its sub-suppliers and cooperation of its partners is extremely important to Polymetrix’s ability to do business.

Because Polymetrix partners’ proprietary information could be compromised — even with redaction — it was likely Article 162 applied. Accordingly, the court narrowed the scope of discovery with respect to certain “technical, engineering, and manufacturing drawings and specifications for the [patented] process.”

Polymetrix’s position on Article 273 was that this statue prevented “it from disclosing any third-party manufacturing or business secret to a foreign entity regardless of whether it has a contractual obligation to keep it secret.”

At a prior hearing the court ruled that “Article 273 does not depend upon the presence of contractual obligations” because it “is much narrower in scope” and applies only where the “manufacturing or business secret . . . bear[s] a close relationship to Switzerland under the `Binnenbeziehung’ test.”

Specifically, the “test is met if the master of the secret (i.e., the beneficiary of the right to secrecy) is a Swiss resident, a Swiss legal entity, or if the secret otherwise falls within the gambit of Swiss sovereignty rules.” Accordingly, at the prior hearing, the court “concluded that the limited jurisdictional discovery did not implicate Article 273 because the information being sought dealt largely with shipping activities [… that could not] be credibly characterized as falling within the Binnenbeziehung test.”

In the instant case, Polymetrix failed to persuade the court that its prior ruling was incorrect or otherwise required modification.

The Court’s Justification for Its Final Ruling

Although the court found Article 162 was applicable to certain aspects of the discovery process, that did not end the inquiry. The court still had to balance “deferring to the Swiss blocking statute and requiring that [the Plaintiff] proceed under the Hague Convention to gain access to this information.”[12]

To do this, the court had to examine the five Aerospatiale factors:

(1) the importance to the litigation of the information requested;

(2) the degree of specificity of the request;

(3) whether the information originated in the United States;

(4) the availability of alternative means to obtain the information; and

But because of the lack of specificity of Polymetrix’s showing, it is difficult to assess fully the importance of Switzerland’s interests in the application of Article 162 to the information at issue here. Polymetrix’s expert simply states that the purpose of Article 162 is to protect the “individual interests” of the person who wishes to have confidentiality maintained, a goal that the statute accomplishes by prohibiting disclosure of a manufacturing or business secret to third parties in breach of a legal or contractual obligation to maintain the secrecy of that information.

By contrast, the interests of this Court and this country in timely compliance with discovery are obvious and significant, due in part to “the overriding interest in the just, speedy, and inexpensive determination of litigation in our courts.” Aerospatiale, 482 U.S. at 543 (internal quotation marks omitted); see also In re Meta Systems, 111 F.3d 142 (Fed. Cir. 1997). (holding the International Trade Commission correctly decided not to apply Hague Evidence Convention procedures where such procedures “would not be a timely and effective means” of conducting depositions within the target date for completing the investigation); In re Aircrash Disaster Near Roselawn, Ind. Oct. 31, 1994, 172 F.R.D. 295, 310 (N.D. Ill. 1997) (concluding the “use of the Convention . . . to be an unnecessary, complicated, time consuming, and expensive means of discovery, thus thwarting the interests of our court system”); Benton Graphics v. Uddeholm Corp., 118 F.R.D. 386, 391, 10 Fed. R. Serv. 3d 114 (D.N.J. 1987) (concluding “Convention procedures will [not] prove effective” because “of the lengthy history of discovery in this case and the potential for additional delays”).

Aerospatiale does provide a

formula by which to measure and weigh these competing interests, but the Court concludes that as to the documents within the permissible scope of discovery it has identified—information that goes to the heart of the matters at issue in this case—the balance of interests weighs in favor of compelling production of all such documents pursuant to Fed. R. Civ. P. 34, save only what is redacted or withheld on grounds of privilege or work-product protection, and against deferring to Article 162 and requiring discovery through the Hague Convention. Thus, as to those documents, the Court will grant [the Plaintiff’s] motion to compel. Such documents may, of course, be produced as Confidential or Attorneys’ Eyes Only under the Protective Order in this case, to the extent Polymetrix has a good faith belief that they contain proprietary or confidential business or technical information belonging to Polymetrix and/or to others.

Blocking statutes are widely used by overseas countries to frustrate the scope of US discovery – which most other judicial systems view as fishing exhibitions. The nature of blocking statutes varies from country to country.

How We Can Help

At Legal Language Services, we know a thing or two about discovery and blocking statutes. In fact, with more than 35 years of experience in international litigation, we are one of the US’s premier litigation support teams.

The Impact of COVID-19 on Depositions Abroad
Why You Should Seek Help At the Start of Litigation
Are Attorney Communications with Vendors Privileged?
Spread the love
Previous
Is Email Service Allowed Under the Hague Service Convention?
Next
Are Attorney Communications with Vendors Privileged?
0 0 votes
Article Rating
Subscribe
Login