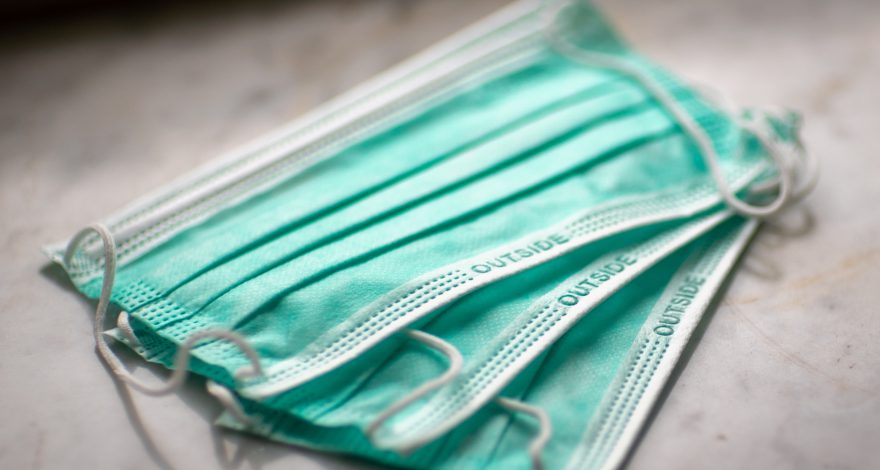 Panic, Pandemic, and the Rule of Law

In these times of uncertainty, bordering on panic, as the coronavirus continues to upend lives and businesses, the need for the rational and consistent application of the Rule of Law has never been more urgent.

The legal profession is the one profession in the United States (and liberal democracies generally) that is supposed to remain consistent and unbiased. Our legal system is designed to painstakingly weigh the facts to reach a just ruling.

As such, it is essential that the legal profession uphold the Rule of Law when society is stressed and people feel at risk.

Key to this aspiration is an open dialogue, which fosters self-criticism and improvement. In that spirit, herein we review two recently filed cases that appear to be as much about the panic resulting from the pandemic as about justice.

Both of these cases were brought under the Foreign Sovereign Immunities Act (FSIA),[1] and appear to suffer from weak causation — scapegoating the People’s Republic of China (PRC) for the pandemic — and have already triggered a backlash in PRC that includes similarly fear-based litigation against the US government.[2]

The first of the two US cases is Alters v People’s Republic of China.[3] This class action asserts that PRC acted in its own best interest to maintain its “Superpower status” and negligently failed to contain the COVID-19 virus in Wuhan when there was time to avoid an epidemic, let alone the global pandemic.

Handling an outbreak of a virus anywhere in the world would (certainly should) be considered a matter of public health and not a commercial activity. But, even if we assume that the public health laws in the PRC constitute a “commercial activity” within the meaning of the FSIA,[4] nothing the government of the People’s Republic did (or did not do) with respect to the outbreak would appear to constitute a commercial activity that was “carried on in” or “upon” the US. PRC’s handling of the Wuhan outbreak was not directed at the US nor did it occur in the US.

The third clause is also problematic from a causation standpoint. The plaintiffs must prove that PRC’s actions constituted “commercial activities;” i.e., the plaintiffs must prove the above assumption is true. This will be difficult because PRC did not establish a company or a market to export the COVID-19 virus. Alternatively, PRC’s actions (or lack thereof) could be better argued to be mere manifestations of governmental decision-making and not commercial activities.

The second case is Buzz Photos v People’s Republic of China,[5] which is an attempt by a business to recover damages arising from COVID-19 lost sales and layoffs.

The crux of this case is § 1605(a)(5)(A) of the FSIA, which exempts “any claim based upon the exercise or performance or the failure to exercise or perform a discretionary function.” Unlike the exception cited in Alters v People’s Republic of China, this exception to the FSIA might have some traction if it were not for two issues.

First, in any tort-like action, the § 1605(a)(5)(A) plaintiff would need to demonstrate causation. Let’s step back and think about this one for a moment. The discretionary decisions in Buzz Photos would (arguably) be the PRC government’s decision to weaponize Wuhan by turning it into a bioterrorism incubator for the COVID-19 virus, and its decision to unleash the virus against the US.

This is preposterous for numerous reasons. Wuhan is located in the center of the People’s Republic of China. If PRC were to weaponize any city so that air currents, ship travel, or air travel would disseminate the COVID-19 virus, you would think that the government would have selected a coastal city or a city with a large influx of foreign travelers (e.g. Shanghai or Beijing, or even Nanking or Guangzhou).

In addition there is the issue of blowback.  For two decades it has been recognized that the problem with any country using airborne agents in an act of bioterrorism is that the virus could blowback and attack the releasing country’s population. It seems unlikely that any jury in America is going to believe that PRC allowed the people of Wuhan to be used as incubators so that PRC could unleash the virus on the rest of the world knowing full well the risk of blowback on 20% of its own population.

So, it is possible that a § 1605(a)(5) action against the People’s Republic of China may not be frivolous. Still, it seems a stretch that the public health decisions made by PRC concerning quarantining Wuhan fit within in § 1605(a)(5)’s means for social, economic, or political decisions.

Do These Cases Deserve Their Day in Court?

Everyone deserves their day in court and perhaps the attorneys who filed these cases know more than they let on in their complaints. If so, these cases have merit and should be heard even if President Xi and the PRC government disagree.

On the other hand, if these cases truly are weak and have been filed as much for publicity as for any real hope of recovering money, then they do a disservice to the United States and its judicial system. However, if this is the case — and the US judicial system works as it should — then the litigants in these cases will not prevail.

Finally, it may be worth noting, that this type of suit has much in common with the litigation brought forward after the 9/11 attacks. If the lawsuits against Saudi Arabia were dismissed it’s hard to see how these latest lawsuits will prevail.

Ultimately, under the Rule of Law, good litigation will produce good precedents and these cases will either rise or fall on their own merits.

Addenda: As of April 21, 2020 five similar cases have been filed in US courts.

How International Subrogation Can Mitigate an Insurer's Loss
SCOTUS on Nazi Gold Expropriation & the Guelph Treasure
International Child Abduction and the Standard for Habitual Residence
Spread the love
Previous
Can You Serve a Foreign Defendant by Serving the Defendant’s US Attorney?
Next
Can Overseas Party Witnesses Be Compelled to Testify in the US?
0 0 votes
Article Rating
Subscribe
Login