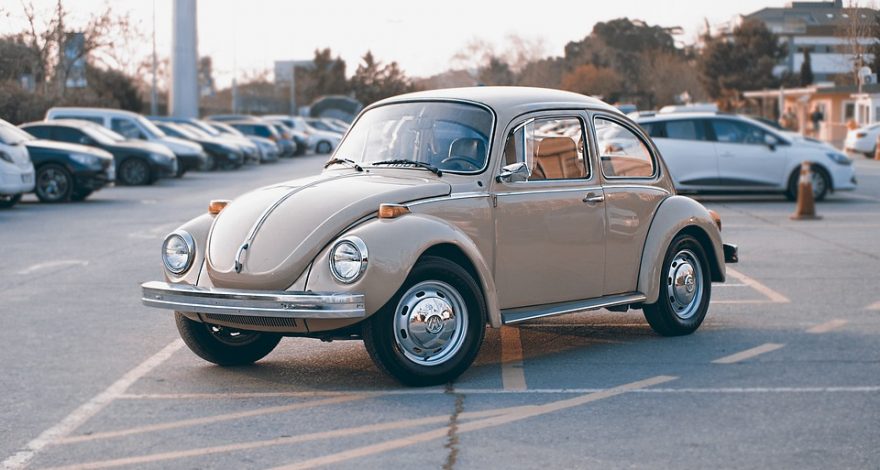 Did the Volkswagen Litigation Hit a (Small) Speed Bump?

Do German defendants have a right to refuse to testify? And if so, what kind of an impact does this have on the VW litigation?

In the early 2000s, Volkswagen AG (VW) developed a plan to become the largest car manufacturer in the world. Under this plan, VW sold “Clean Diesel” engine vehicles that did, in fact, allow VW by 2018 “to surpass General Motors and Toyota to become the world’s leading automaker.”[1] There was one problem with this plan: VW did not actually make a cleaner burning or more efficient diesel engine. Rather, VW developed software that could detect when its cars were undergoing emission testing and then produce fraudulent emissions.[2]

In 2015, the Environmental Protection Agency got wind of VW’s fraud and issued a notice of violation of the Clean Air Act[3] to the automotive manufacturer. Subsequent, criminal investigations have already resulted in a seven-year prison sentence for the VW engineer who oversaw emission deception program, and VW itself pled “guilty to three felony counts under a plea agreement to resolve US charges that it installed secret software in vehicles in order to elude emissions tests.”[4] Additionally, several VW executives remain under criminal investigation both in the US and in Germany.

During the past two years, many attorneys in the US have filed civil fraud-based actions against VW (and its co-defendants: Audi and Robert Bosch). Legal Language Services (LLS) has had the privilege of not only assisting a number of these attorneys to successfully serve process on the VW defendants,[5] but also assisting a number of these attorneys with taking evidence from the VW defendants and witnesses.

Germany is actually a great place to take evidence because of the efficiency of the German courts. Indeed, a well-written Letter of Request (LOR) can result in the German courts ordering the production of the requested evidence in as little as four months after the time the LOR is sent to the German Central Authority.[6]

Evidence can be taken from German citizens and corporations only pursuant to the Hague Evidence Convention (HEC). Article 11 of the HEC states that at “the execution of a Letter of Request the person concerned may refuse to give evidence insofar as he has a privilege or duty to refuse to give the evidence – (a)  under the law of the State of execution; or b)  under the law of the State of origin, and the privilege or duty has been specified in the Letter, or, at the instance of the requested authority, has been otherwise confirmed to that authority by the requesting authority.”

So, for the VW defendants, Article 11 means that they are privileged not to testify based either on the US’ Fifth Amendment,[7] German law (which grants witness the right to refuse to testify for either personal[8] or factual[9] reasons),[10] or both countries’ laws.

Can VW Defendants Refuse to Testify?

One of our better informed clients raised the issue of whether the VW defendants could refuse to testify based on one (or more) of the above privileges and the impact that such refusal to testify would have on the value of deposing the VW witnesses. Given that to date nine VW executives have been criminally charged in US courts and seven of these cases are still pending,[11] it seems almost certain that when many VW executives are deposed in civil emission fraud litigation, they will refuse to testify to certain questions. But such refusal is a mere speed bump in finding the VW defendants liable for civil fraud.

Second, just because a VW executive refuses to testify does not mean that evidence vanishes into the ether.  Under US law, “the Fifth Amendment does not forbid adverse inferences against parties to civil actions when they refuse to testify in response to probative evidence offered against them.”[12] In Germany, how a court handles a witness who refuses to testify based on privilege is more complicated. The court must make a finding of whether the witness’ refusal was lawful.[13] If a witness refuses to testify, a German judge “is to decide at its discretion and conviction, taking account of the overall factual situation and in particular the grounds cited in the refusal, whether or not it intends to deem proven the facts and circumstances alleged.”[14]

Finally, should a witness be recalcitrant to testify, a German judge has the discretion to detain the witness.[15]

The bottom line is the potential for witnesses in Germany to refuse to answer certain questions is not a reason not to take evidence in Germany.

If you require assistance taking evidence in Germany (or any other country) contact LLS today. Our team of attorneys has years of experience in supporting and defending US evidentiary requests before foreign courts as well as a long-standing reputation for successfully taking testimony from reluctant witnesses located abroad.

Notes
[1] Roger Parloff: How VW Paid $25 Billion for ‘Dieselgate’ — and Got Off Easy. Fortune February 6, 2018; http://fortune.com/2018/02/06/volkswagen-vw-emissions-scandal-penalties/ (stock quotes omitted).
[2] Prolonged uniform speed associated with no turning of the front tires signaled the car’s onboard computer that car was not on the road, but rather signaled that the car was being emissions tested. The computer than changed how the car consumed fuel.
[3] 42 U.S.C. § 7401 et seq.
[4] Nick Carey: VW executive gets seven years for U.S. emissions fraud. Reuters December 6, 2017. https://www.reuters.com/article/us-volkswagen-emissions/vw-executive-gets-seven-years-for-u-s-emissions-fraud-idUSKBN1E01W1.
[5] Several States filed actions against the VW defendants for environmental damages. Service of process upon these defendants was rejected by the German Central Authority because under German law environmental law is not civil or commercial law. See Article I of Convention of 15 November 1965 on the Service Abroad of Judicial and Extrajudicial Documents in Civil or Commercial Matters; https://www.hcch.net/en/instruments/conventions/full-text/?cid=17.
[6] Poorly written LOR are likely to be rejected after a long delay.
[7] MicroTechnologies, v. Autonomy, Case No. 15-cv-02220-RMW (HRL), (ND CA Mar 14, 2016) citing  In re Letters Rogatory From the Local Court of Plon, Germany, 29 F. Supp. 2d 776, 780 (E.D. Mich. 1998); In re Letter of Request From the Boras District Court, Sweden, 153 F.R.D. 31, 34-35 (E.D. New York 1994).
[8] Zivilprozessordnung (ZPO) §383. “(1) The following persons are entitled to refuse to testify: 1.  The fiancé of a party, or that person to whom the party has made a promise to establish a civil union; 2.  The spouse or former spouse of a party; 2a.  The partner or former partner under a civil union with a party; 3.  Those who are or were directly related to a party, either by blood or by marriage, or who are or were related as third-degree relatives in the collateral line, or who are or were second-degree relatives by marriage in the collateral line; 4.  Clerics, with a view to what was entrusted to them in the exercise of their pastoral care and guidance; 5.  Persons who collaborate or have collaborated, as professionals, in preparing, making or distributing printed periodicals or radio or television broadcasts, if their testimony would concern the person of the author or contributor of articles or broadcasts and documents, or the source thereof, as well as the information they have been given with regard to these persons’ activities, provided that this concerns articles or broadcasts, documents and information published in the editorial part of the periodical or broadcast; 6.  Persons to whom facts are entrusted, by virtue of their office, profession or status, the nature of which mandates their confidentiality, or the confidentiality of which is mandated by law, where their testimony would concern facts to which the confidentiality obligation refers. (2) The persons designated under numbers 1 to 3 are to be instructed about their right to refuse to testify prior to being examined. (3) Even if the persons designated under numbers 4 to 6 do not refuse to testify, their examination is not to be aimed at facts and circumstances regarding which it is apparent that no testimony can be made without breaching the confidentiality obligation.” Id.
[9] ZPO §384. “Witnesses may refuse to testify: 1.  On questions, the answer to which would cause direct losses under property law to the witness, or to a person with whom the witness is in a relationship as designated hereinabove in section 383 numbers 1 to 3;2.  On questions, the answer to which would result in the witness, or a person with whom the witness is in a relationship as designated hereinabove in section 383 numbers 1 to 3, being dishonoured (sic), or if this would entail the risk of their being prosecuted for a criminal offence or an administrative offence; 3.  On questions that the witness would not be able to answer without disclosing a technical or trade secret.” Id.
[10] Witnesses in German proceedings may also refuse to testify because to do so would violate one of Germany’s many “blocking statues.” However, as these statutes are not at issue here, further discussion of the German blocking statutes is beyond the scope of this communication.
[11] Aaron Smith: Volkswagen ex-CEO charged with fraud in diesel emissions scandal. CNN Money May 4, 2018. http://money.cnn.com/2018/05/03/news/companies/winterkorn-vw-diesel-scandal/index.html.
[12] Rivera v. Guevara, Dist. Court, ND Illinois May 11, 2018 citing Baxter v. Palmigiano, 425 U.S. 308, 318 (1976); see also Hillman v. City of Chicago, 834 F.3d 787, 792 (7th Cir. 2016) (collecting Seventh Circuit authority to the same effect). The Seventh Circuit has “interpreted Baxter to mean that the negative inference against a witness who invokes the Fifth Amendment in a civil case is permissive, not required.” Id. Evans v. City of Chicago, 513 F.3d 735, 741 (7th Cir. 2008) (citing Daniels v. Pipefitters’ Ass’n Local Union No. 597, 983 F.2d 800, 802 (7th Cir. 1993)). Here permissive means that “[s]ilence is a relevant factor to be considered in light of the proffered evidence, but the direct inference of guilt from silence is forbidden.” Id. LaSalle Bank Lake View v. Seguban, 54 F.3d 387, 390 (7th Cir. 1995); accord id. at 391-92; National Acceptance Co. of Am. v. Bathalter, 705 F.2d 924, 930-32 (7th Cir. 1983); Lefkowitz v. Cunningham, 431 U.S. 801, 808 n.5 (1977).
[13] ZPO §387
[14] Id. at §446.
[15] Id. at §390

Taking a Deposition in Russia: Barriers to Discovery
Parsons v. Shenzen Fest Tech Co: A Lesson in Vendor Due Diligence
How International Subrogation Can Mitigate an Insurer's Loss
Spread the love
Previous
The Evolution of Language and Climate Change
Next
The Hague Evidence Convention and Cross-Examination
0 0 votes
Article Rating
Subscribe
Login