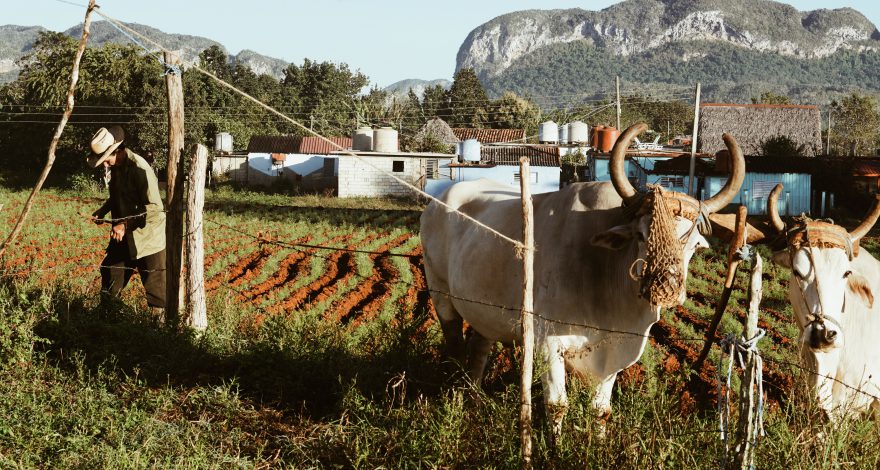 Service of Process Under the Helms-Burton Act re:Cuba

By: Tom On: October 1, 2020 In: Hague Service Convention, International Service of Process Comments: 0
Spread the love

Service of process cases involving Cuba can arise in multiple international venues. For example, one of our clients wanted to serve process upon a corporate defendant in the United Kingdom seeking redress for purchases made in Cuba.

The case involved agricultural goods produced on a Cuban plantation that was confiscated by the Cuban government in 1959.

For many years the Cuban government sold the crops grown on this plantation to a British company. The heirs to the plantation were now seeking damages under the Helms-Burton Act (HBA).[1]

The client had done some research and became concerned after discovering that in response to the HBA, the European Union had enacted a blocking statute.[2]

Purpose of the Helms-Burton Act

When the Helms-Burton Act was passed in 1996, the Act’s principle purpose was to place the Foreign Assistance Act of 1962[3] (which authorized the Cuban blockade) on steroids.

Response to the Helms-Burton Act

Many nations were outraged by the extraterritorial effect of Title III. Accordingly, these countries enacted blocking statutes.

These statutes permit a national of the applicable country who is subjected to Title III liability to sue the Title III litigant for damages in the defendant’s home country. In addition, the blocking statutes mandate that a judgment obtained under Title III not be enforced in the defendant’s home country. Besides these rights, the blocking statutes almost uniformly prohibit compliance with the Helms-Burton prohibitions, including requests by the courts of the United States.[5]

Thus, given the secondary literature, one can see why our client was concerned with his ability to serve process on a UK defendant.

Specifics of the EU’s Blocking Statute

No person [covered under this Act] shall comply, whether directly or through a subsidiary or other intermediary person, actively or by deliberate omission, with any requirement or prohibition, including requests of foreign courts, based on or resulting, directly or indirectly, from the laws specified in the Annex or from actions based thereon or resulting therefrom.[6]

Article 11 of the EU blocking statute makes it clear that the scope of the Act is limited to “natural persons” and corporate entities. Thus the act does per se extend to the courts and governmental administration.[7]

On the other, when European courts and agencies adjudicate the rights on natural persons or corporations, it will trigger application of the EU’s blocking statute. This means regardless of how evidence is to be taken in the EU in a Title III action (either pursuant to a Letter of Request under the Hague Evidence Convention or via a Letter Rogatory), the blocking statute will protect the EU witness from producing the requested evidence.

The EU’s Blocking Statute & Service of Process Under the HBA

But does this logic also apply to service of process under the HBA?

Neither the HBA nor the EU’s blocking statute modifies or amends the service of process rules or the Hague Service Convention.[8]

In the case of the UK, the EU’s blocking statute is no longer applicable because the UK has left the EU,[9] and the UK does not appear to have enacted its own blocking statute.

Even if a UK blocking statute exists, however, it would not apply because a blocking statute (of the UK or anywhere) would have no effect on Hague service by mail[10] or solicitor.[11] The reason is simple: federal express and solicitors are document handlers – they do not read and study documents.[12]

Thus HBA service in the UK via mail or via a solicitor is likely to be successful.

What the Above Means for Future HBA Litigation

Having read this far you may be wondering why we are discussing such an arcane law that concerns events from 60 years in the past. The reason has to do with the application of the Title III.

Presidents are political creatures. Given the international reaction to the enactment of the HBA, Presidents Clinton, Bush, and Obama suspended claimants’ rights to file Title III actions. President Trump, however, allowed the suspension of Title III actions to sunset on May 2, 2019.[13]

“Nearly 60 US companies with presence in Cuba are doing [business] under authorizations issued by the Treasury’s Office of Foreign Assets Control [OFAC], which handles a number of US sanctions programs. But having an OFAC license may not be enough to protect [these] businesses from lawsuits.”[14]

Not surprisingly, litigation under HBA followed almost immediately upon the May 2019 expiration of Title III suspension.[15] These cases are likely to be a harbinger of a tsunami of litigation for two key reasons.

Bottom line: If you are filing an HBA claim, contact LLS for assistance with service of process. We have more than 35 years of experience navigating the intricacies of foreign law increasing the likelihood of a positive outcome.

Do you have recent experience attempting service via the Helms-Burton Act? Moreover do you believe a future administration will again suspend Title III of the Helms-Burton Act (as was done by Clinton, Bush, and Obama)? And if so, what impact would that have on current litigation under Title III?

We welcome your comments below.

An Important Barrier to Obtaining Electronic Service
Article 13 & the Influence of Politics in the Practice of International Law
Parsons v. Shenzen Fest Tech Co: A Lesson in Vendor Due Diligence
Spread the love
Previous
Serving Process in the Philippines: Confusion Ahead
Next
Serving Process in the UK in the New Normal
0 0 votes
Article Rating
Subscribe
Login