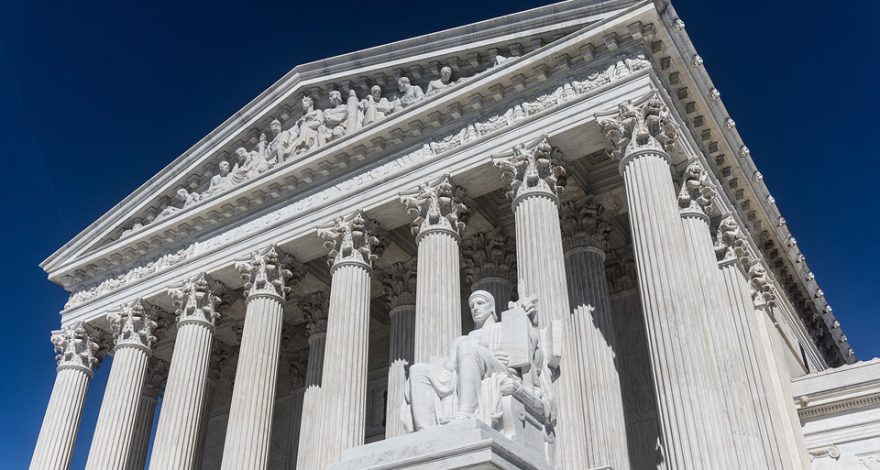 SCOTUS Weighs in on IOIA Immunity for International Organizations

By: Tom On: April 2, 2019 In: In Court, International Litigation Comments: 0
Spread the love

In June 2018, we reviewed Jam v. International Finance Corporation, No. 16-7051, Court of Appeals, Dist. of Columbia Circuit (June 23, 2017), a case that examined what type of immunity the International Organizations Immunities Act (IOIA) bestows upon international organizations (IOs).[1] The central question in Jam was whether the IOIA grants IOs sovereign immunity as it existed before the enactment of the Foreign Sovereign Immunities Act (FSIA) of 1976 or whether the IOIA’s 1945 immunity somehow evolved to become co-terminus with FSIA immunity after 1976.

On February 27, 2019, SCOTUS handed down its review of the International Finance Corporation’s appellate court’s opinion.[2] Herein, we brief that opinion.

Background: The Trial Court & Court of Appeals Rule in Favor of the Defendant

The litigation was initially brought by a group of fishermen and citizens of India who asserted “that their way of life has been devastated by [a] power plant.” The building of the plant was funded by the International Finance Corporation (IFC), which is “an international organization founded in 1956 with over 180 member countries.” The IFC is headquartered in Washington.

In accordance with the IFC’s policy to prevent social and environmental damage, the IFC’s loan to the power plant “included an Environmental and Social Action Plan designed to protect the surrounding communities.”[3] Unfortunately, according to the IFC’s own internal audit, “the plant’s construction and operation did not comply with the Plan” and the IFC “did not take any steps to force the loan recipients into compliance with the Plan.”

The fishermen’s claims were therefore “almost entirely based on tort: negligence, negligent nuisance, and trespass.” In addition, the fishermen asserted that “the IFC is not immune to these claims, and, even if it was statutorily entitled to immunity, it has waived immunity.”

Both the trial court and the court of appeals dismissed all of the fishermen’s claims on the grounds that the IFC had immunity under the IOIA.

[The above exert is taken from a previous post on the LLS blog. Read the full post here.]

SCOTUS Rules in Favor of the Plaintiffs

The 7-1 decision in favor of the plaintiffs was delivered by Chief Justice Roberts.[4] In the court’s opinion,

Foreign sovereign immunity, the IFC argues, is grounded in the mutual respect of sovereigns and serves the ends of international comity and reciprocity. The purpose of international organization immunity, on the other hand, is to allow such organizations to freely pursue the collective goals of member countries without undue interference from the courts of any one member country.

Accordingly, the IFC’s assertion that the “IOIA should not be read to tether international organization immunity to changing foreign sovereign immunity” was tantamount to getting “the inquiry backward” since “absent a clearly expressed legislative intention to the contrary… the legislative purpose is expressed by the ordinary meaning of the words used.”[6]

The IOIA’s reference to the immunity enjoyed by foreign governments is a general rather than specific reference. The reference is to an external body of potentially evolving law—the law of foreign sovereign immunity—not to a specific provision of another statute. The IOIA should therefore be understood to link the law of international organization immunity to the law of foreign sovereign immunity, so that the one develops in tandem with the other.

In 1945, the “immunity enjoyed by foreign governments” did not mean “virtually absolute immunity.”[7] Accordingly, the IFC was not entitled to blanket immunity.[8]

Where SCOTUS Disagreed with the Appellate Court

When issuing its opinion, SCOTUS brought up several issues with the calculus applied by the appellate court.

First, the appellate court’s reliance on Atkinson was misplaced.

According to the Court, this “provision is most naturally read to allow the President to modify, on a case-by-case basis, the immunity rules that would other­wise apply to a particular international organization.”

Second, the appellate court’s take on Atkinson gave “no consideration to the opinion of the State Department (DOS), whose views in this area ordinarily receive special attention. Shortly after the FSIA was enacted, the State Department took the position that the immunity rules of the IOIA and the FSIA were now “link[ed].”[10] The DOS has repeatedly reaffirmed this view over the years.

How International Subrogation Can Mitigate an Insurer's Loss
SCOTUS on Nazi Gold Expropriation & the Guelph Treasure
International Child Abduction and the Standard for Habitual Residence
Spread the love
Previous
Is Removal Before Service of Process Proper?
Next
How to Take Evidence from a US Witness
0 0 votes
Article Rating
Subscribe
Login