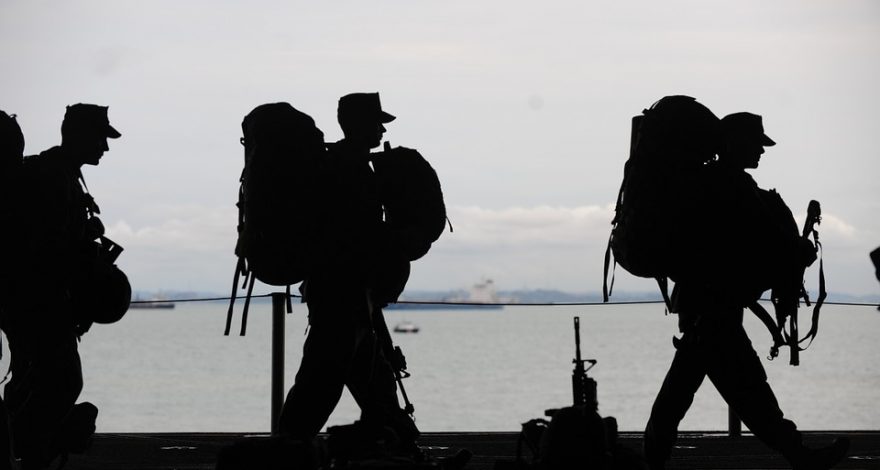 By: Tom On: December 2, 2016 In: International Service of Process Comments: 1
Spread the love

Service of process upon military personnel overseas is tortured by complications:

Voluntary Acceptance of Service of Process

While it’s true that some defendants may be avoiding service of process, others are simply insulated by a veil of conflicting procedures, international treaty provisions and federal legal restrictions. The military prohibits its commanders from serving civil process upon their personnel unless the individual agrees to accept the process voluntarily. This is in part due to a restriction imposed by the Posse Comitatus Act, which provides that:

Whoever…willfully uses any part of the Army or the Air Force as a posse comitatus or otherwise to execute the laws shall be fined not more than $10,000 or imprisoned not more than two years, or both1.

Passed in 1878 in response to abuses prevalent during post-Civil War reconstruction, the Posse Comitatus Act derives from the principle that military forces were established to defend against external threats and should not be used to enforce internal domestic laws. So, while the Department of Defense encourages military personnel to accept service of process from US litigants, it is not a resource if the defendant declines service.

Service Under the Hague Convention

If the military defendant refuses voluntary service, the plaintiff should resort to service via the Central Authority, as endorsed by the Hague Convention of 15 November 1965 on the Service Abroad of Judicial and Extrajudicial Documents in Civil or Commercial Matters, provided the host nation is a signatory to the Convention.

Here, too, the practical applications of this method vary widely. The prevailing Status of Forces Agreement (SOFA)2 may deny access to the base to the Central Authority’s representative. Further, the base commander may impose reasonable restrictions upon persons who enter their installation to serve process. The Central Authority’s only choice may be to effect service on the defendant off the military base, a method any practitioner can foresee to be problematic and time-consuming. It may even require an interpreter.

A final problem with service via the Central Authority under the Hague Service Convention is the translation requirement. A member of the US military obviously almost certainly understands English, but in most cases the Convention requires that documents to be served by the Central Authority must be translated into the language of the host country.

To serve individuals stationed in countries that are not members of the Hague Service Convention, litigants may turn to a letter rogatory.  An article in the Military Law Review explains that:

Letters rogatory are advantageous because they are unlikely to provoke foreign government objection, and in some instances, are the only authorized means of service.  Their disadvantages include their voluntary nature; the uncertainty of whether the service of process method chosen by the foreign court comports with American standards of due process; and the length of time that it takes to complete service of process, especially when parties to litigation use diplomatic channels.3

If the above fails, a plaintiff may resort to service by registered mail, remembering that such service is in danger of being quashed absent proof of actual and timely notice.  Additionally, service by mail must be permitted by the host country to avoid being quashed.

Petitioning the Court for Permission to Serve Via a Specified Method

Litigants who petition the court for permission to serve via some particular means (such as registered mail) are often successful, especially if enforcement of the judgment is to be achieved exclusively within the US.  This may be the fastest and least expensive method to ensure valid service of process on a military defendant overseas.

International service of process is complex. If you need to service process abroad contact LLS to speak with one of our experienced attorneys. With more than 35 years experience, we are a premier source of litigation support.

1 Posse Comitatus Act, 18 U.S.C. 1835.  Posse comitatus – The power or force of the county.  The entire population of a county above the age of fifteen, which a sheriff may summon to his assistance in certain cases, as to aid him in keeping the peace, in pursuing and arresting felons, etc.”  Black’s Law Dictionary, 6th Ed. 1990.

2 Status of Forces Agreements define the legal status of US military personnel and property in the territory of a host nation.  In particular, the agreements determine where lies civil and criminal jurisdiction and resolve other issues such as tax liabilities, postal services and exit and entry into the country.

An Important Barrier to Obtaining Electronic Service
Article 13 & the Influence of Politics in the Practice of International Law
Parsons v. Shenzen Fest Tech Co: A Lesson in Vendor Due Diligence
Spread the love
Previous
Abolishing the Requirement of Legalisation for Foreign Public Documents
Next
What Is a Public Charge?
0 0 votes
Article Rating
Subscribe
Login

Wasn’t the Posse Comitatus Act repealed in the NDAA of 2006?