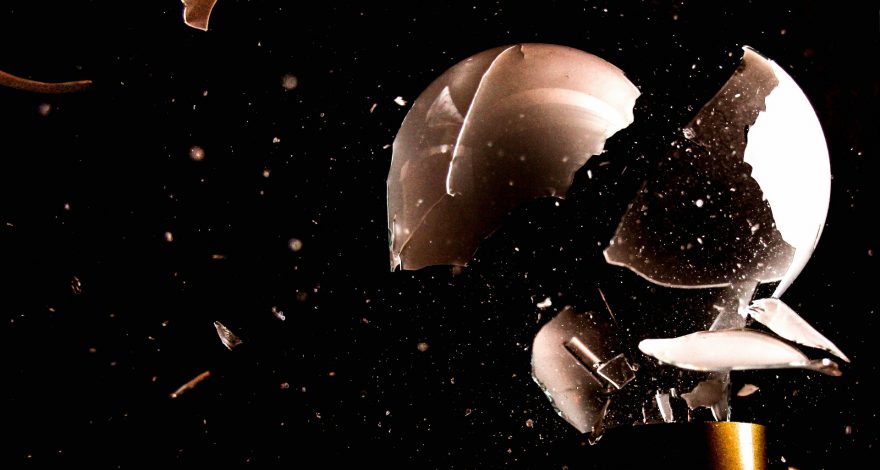 Why Novelty in International Service of Process Doesn’t Work

By: Tom On: February 4, 2020 In: International Service of Process Comments: 0
Spread the love

When it comes to international service of process, novelty is never a good idea.

Around 1000 BCE, King Solomon observed that there was “nothing new under the sun.”[1] When contemplating international service of process, this is a good maxim to keep in mind. If you have never heard of a particular form of service, that’s because it’s already been tried and failed. Conversely, proper service of process is easy to recognize because the procedure used to serve is used over and over again.

Thus cases like Ganpat v. Eastern Pacific Shipping[2] are of interest because they remind us of a valuable lesson: Novelty in science, technology, and the arts is a good thing that leads to many rewards; while novelty in legal procedure is bad thing that wastes both time and money.

In this action, the Plaintiff alleged that he had contracted malaria while working as a crew member aboard the M/V STARGATE. He brought a Jones Act action against Eastern Pacific — a private limited company with its principal place of business in Singapore. Documents to be served were delivered to Captain Owen Bona while on board the M/V BANDA SEA, which lay at anchor in the Mississippi River just below New Orleans.

Eastern Pacific, however, sought to have the case dismissed on several grounds, including insufficient service.

Service Upon Domestic vs. Foreign Corporations

Federal Rule of Civil Procedure 4(h) details service of process on a corporation, partnership, or association with respect to whether the service was effected on a domestic or foreign corporation. Specifically,

(A) in the manner prescribed by [Rule 4(h)(1)(A) and] Rule 4(e)(1) for serving an individual by “following state law for serving a summons in an action brought in courts of general jurisdiction in the state where the district court is located or where service is made”; or

(B) in the manner prescribed by Rule 4(h)(1)(B) by delivering a copy of the summons and of the complaint to an officer, a managing or general agent, or any other agent authorized by appointment or by law to receive service of process and—if the agent is one authorized by statute and the statute so requires—by also mailing a copy of each to the defendant.[3]

1. If the defendant was a domestic corporation

For service upon a domestic corporation, FRCP 4(h) is further modified by Rule 4(e)(1), which incorporates Louisiana state law.[4] Under Louisiana law, a corporation may be served by “service on an employee of suitable age and discretion at any place where the business of the corporation is regularly conducted… only if the corporation has failed to designate an agent for service of process.”

Without excluding other activities which may not constitute transacting business in this state, a foreign corporation or a business association shall not be considered to be transacting business in this state, for the purpose of being required to procure a certificate of authority pursuant to R.S. 12:301, by reason of carrying on in this state any one or more of the following activities… a foreign corporation engaged only in interstate or foreign commerce is exempt from the requirement of procuring a certificate of authority. [Here it is important to remember that to] serve process on an employee of Eastern Pacific in Louisiana under La. Code Civ. P. art. 1261(B)(2), Plaintiff has the burden of showing Eastern Pacific was transacting intrastate business in Louisiana, as opposed to interstate or foreign commerce, and as a result was required to procure a certificate of authority pursuant to La. R.S. 12:301 but failed to do so [emphasis added].

The court then discussed at length the relevant Louisiana case law and then stated:

2. If the defendant was a foreign corporation

The court then considered whether service was proper if the defendant were a foreign corporation. Such service is proper when service occurs “in a judicial district of the United States” and the documents to be served are delivered to an “officer, a managing or general agent, or any other agent authorized by appointment or by law to receive service of process and—if the agent is authorized by statute and the statute so requires—by also mailing a copy of each to the defendant.”

Because “managing agent” is not defined by statue, the court examined case law. The Plaintiff had principally relied upon Neset v. Christensen, [8] a case in which service upon a ship’s captain was held to be good service upon the defendant corporation.

In Neset, the plaintiff served process on the owner and operator of the M/S Hermund, the vessel upon which the plaintiff was injured, through R. Christensen, the Hermund’s captain, while the vessel was in New York. Christensen was employed by the owner as the captain of the Hermund. The vessel’s owner moved to vacate service only on the ground that it was not doing business in New York and, as a result, service was not sufficient to confer jurisdiction over it. The defendant owner had only one vessel, the Hermund, of which Christensen was the master. New York was the Hermund’s only port of call in the United States. The time charter for the vessel was made in New York City and the plaintiff signed articles of employment in New York. Some 14 calls were made by the Hermund at New York ports within a period of at least seventeen months, which established a regular pattern of visits to New York rather than irregular or haphazard calls. Christensen, as master, was presumed to have authority from the owner to procure supplies and other necessities for the Hermund in New York.[9]

Unfortunately for the Plaintiff, Neset is easily distinguishable from the instant case.[10]

The court then observed that few cases address “Rule 4(h)(1)(B) in general or, more specifically, the issue of whether a non-employee may be served on behalf of a corporate defendant.”

In Calandra v. National Broadcasting Co. Inc., the Eastern District of Missouri considered delivery of service on an employee of an independent contractor in Missouri hired by a foreign corporation, National Broadcasting Company, Inc. (“NBC”), to be a sales representative only in “certain areas” in Missouri. The court held service was insufficient to confer jurisdiction over NBC… The court held that neither the individual served, nor his independent contractor employer, could be considered a “managing or general agent” of NBC because the individual and his employer “are only involved in one aspect of defendant’s business, and not even that aspect which relates to the cause of action herein.”[12]

The court then observed that the Plaintiff had failed to establish any agency – let alone a managing agent relationship — between Captain Bona and Eastern Pacific.

Although it is impossible to accurately say how much time and money the Plaintiff wasted just to be given leave to serve via a solicitor or Letter Rogatory, it is certain that the he expended a substantial amount of resources – in the form of motion preparation, appearance, and the burning of the court’s goodwill/patience.

All of these resources could have been saved if the Plaintiff had not tried to invent something new under the sun.

International service of process is complex and should never be attempted without the help of experienced professionals. At LLS, we have more than 35 years of experience effecting service in 90+ countries. We can advise you on exactly how your Hague Service Request should be prepared, how it will travel through the foreign judicial system, and what potential pitfalls it may encounter along the way. Additionally, if Hague service is not an option, our staff attorneys can help you explore other options and determine the best method for service.