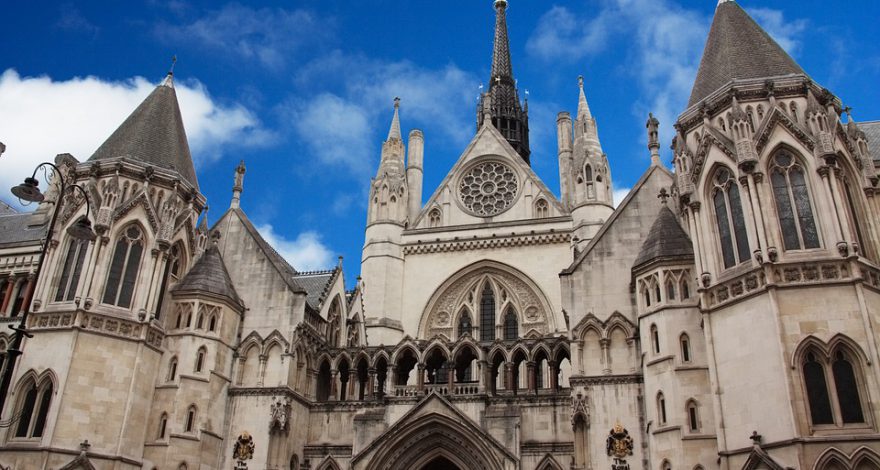 By: Tom On: June 5, 2019 In: Evidence Taking, International Litigation Comments: 0
Spread the love

Taking evidence pursuant to the Hague Evidence Convention (HEC) is surrounded by a certain degree of mystery. While the HEC’s procedures are clear enough and US courts have published a number of Letters of Request (LORs), we seldom hear about what happens to LORs once they arrive in the appropriate court in the destination country.

The reason for this paucity of information is that overseas courts, like US courts, only publish opinions that tend to be noteworthy.

A Brief Overview of the Case

In this case, Pavel Prosyankin and John Howell (the Applicants) and the Second Defendant (BTA Bank/the Bank) sought to set aside J. Morris’ order (the Order) for the Applicants’ oral examination.

The Order was issued pursuant to §2 of the Evidence (Proceedings in Other Jurisdictions) Act 1975 (the 1975 Act) following the “receipt of two materially identical letters of request (LORs) issued on 6 December 2018 by the Honourable Judge Jesse M. Furman of the United States District Court for the Southern District of New York.”

The New York litigation involved securities fraud, wherein the Defendants were alleged to have “diverted assets from BTA Bank over the course of two debt restructurings, at the expense of its international creditors, including the Plaintiffs.” Like all securities fraud cases, this case involved a complicated financial transaction and the restructuring of BTA Bank.

The Plaintiffs sought to depose the two UK witnesses, Prosyankin and Howell.

Prosyankin served as the deputy head of the Recovery Sub-Committee overseeing BTA Bank’s restructuring. In particular the Plaintiffs asserted that Prosyankin:

Howell, on the other hand, had served as an outside consultant to BTA Bank during its restructuring process.  According to the Plaintiffs, Howell had actual knowledge that BTA Bank was under-reporting its assets.

Prosyankin and Howell refused to produce the requested evidence on several grounds.

First, they asserted that the requests did not provide sufficient time for them to prepare for their examinations. Additionally, they cited issues regarding confidentiality and the relevance of the requested evidence.

The issue of relevance appears to be related to the fact that the Plaintiff’s LOR did not include a schedule of specific questions to be asked of the witnesses. Rather, the UK court’s opinion only mentions that evidence requested was by “topics listed in the LOR.”

As a good practice point, LORs should always include a schedule of specific questions to be asked of the witness(es) in order avoid witnesses asserting that the LOR is a “fishing expedition” (see below) and allowing the requested court to blue pencil the LOR (see below). It seems likely that this litigation could have been avoided had the Plaintiff’s included a schedule of specific questions.

High Courts are only to provide assistance to overseas courts, when they are satisfied that:

The 1975 Act grants High Courts authority to order the production of evidence (either written or oral) from witnesses for use in foreign courts when it has jurisdiction. If the court has jurisdiction, “whether as a matter of discretion it ought to make or refuse to make such an order.”

Discretion exists under three sections as outlined below:

English Court will ordinarily give effect to a request from a foreign Court for assistance so far as is proper and practicable to do so, and to the extent that is permissible under English law. This principle reflects judicial and international comity as well as the UK’s international obligations under the Hague Convention.[3]

Distilling the above points, the 1975 Act embodies the following principles:[4]

In applying these principles to the litigation at hand, the High Court first addressed each of the witnesses purported reasons for refusing to produce evidence in the form of oral examinations.

The Court categorically dismissed out of hand that witnesses where not being given sufficient time to prepare. The Court also dismissed the witnesses’ assertions of a lack of confidentiality because depositions were to be taken pursuant to the privileges of the US and UK, as well as a protective order, which provides “a range of protections during, and after, the litigation.”

considered the question of relevance for himself and was satisfied that the topics on which the Applicants are to be examined are relevant to the issues arising in the US Proceedings. He did not merely rubber stamp the Plaintiffs’ assertion that the topics were relevant. In those circumstances, it would be contrary to comity, and to the proper approach indicated by the cases that I discussed earlier in this judgment, for me to embark upon a process of trying to second guess whether he was right or wrong in his determinations…  I completely reject the suggestion that I should infer he merely rubber-stamped the Plaintiffs’ application without applying his mind to the merits… In conclusion, I am entirely satisfied that the issue of relevance was considered on the merits by Judge Furman and the topics found by him to be relevant, and thus that as a matter of comity I must respect that determination because he was in the best position to judge relevance.

The High Court thus concluded that it “refused the applications to set aside the Order.”

The Importance of a Well-Written LOR

The key reason that the above litigation occurred centers around the LOR originally issued. Had the LOR been prepared properly — including a schedule of specific questions to be asked — the witnesses would not have been able to request the ensuing Order be set aside in the first place.

At LLS, our team of attorneys and paralegals has years of experience in drafting LORs and supporting and defending US evidentiary requests before foreign courts as well as a long-standing reputation for successfully taking testimony from reluctant witnesses located abroad. If you require assistance writing a well-written LOR, contact Legal Language today.

Get the assistance you need today!

Contact Us
Notes
[1] ss 1 and 2 of the 1975 Act
[2] [1978] AC 547, 633
[3] Seyfang v GD Searle & Co [1973] QB 148 at 151; In re State of Norway’s Application (No 1) [1987] 1 QB 433, 470, Kerr LJ said:
“The court should strive to give effect to the request of the foreign court unless it is driven to the clear conclusion that it cannot properly do so.” cf. J. Knowles, who wrote the court’s opinion, further observed that “Section 2(4) contains restrictions in relation to documents which are not relevant to the matter” at hand; and discussed why other case law was not on point. See First American Corporation v Zayed, [1999] 1 WLR 1154; and  Gubarev v Buzzfeed Inc [2018] EWHC 512 (QB).
[4] The citation for the first 3 bullet points is Aureus Currency Fund LP v Credit Suisse Group [2018] EWHC 2255 (QB), [30] – [41]
[5] The term “fishing expeditions” is a term used (derisively) to refer to American style pretrial discovery. More precisely, fishing expedition refers to the American practice of producing evidence for the sake of obtaining further evidence. See HEC Article 23. While technically the UK is not a civil law country, fishing exhibitions are prohibited. State of Minnesota v Philip Morris Inc, supra, [13]; Rio Tinto Zinc Corp v Westinghouse Electric Corp, supra, p635; In re State of Norway’s Application (No 1), supra, p482; Refco Capital Markets Ltd v Credit Suisse (First Boston) Ltd [2002] CLC 301, [1]; First American Corporation v Zayed, supra, 1160, 1165, 1166, 1167;  Gredd v Arpad Busson [2003] EWHC 3001 (QB) [27(3), (4), (5)].
[6] First American Corporation v Zayed, supra, p1167 articulates the following view of relevance:
“… an English Court … should, in my opinion, ask first whether the intended witnesses can reasonably be expected to have relevant evidence to give on the topics mentioned in the … schedule of request testimony, and second whether the intention underlying the formulation of these topics is an intention to obtain evidence for use at the trial or is some other investigatory, and therefore impermissible intention.”
[7] CH(Ireland) Inc v Credit Suisse Canada [2004] EWHC 626 (QB), [14]
[8] LLS has included this case law here for readability. This fifth principle arises much later in the discussion of this case.

Parsons v. Shenzen Fest Tech Co: A Lesson in Vendor Due Diligence
How International Subrogation Can Mitigate an Insurer's Loss
SCOTUS on Nazi Gold Expropriation & the Guelph Treasure
Spread the love
Previous
The Challenges of Rush Service of Process
Next
How Long Does it Take to Effect International Service of Process?
0 0 votes
Article Rating
Subscribe
Login