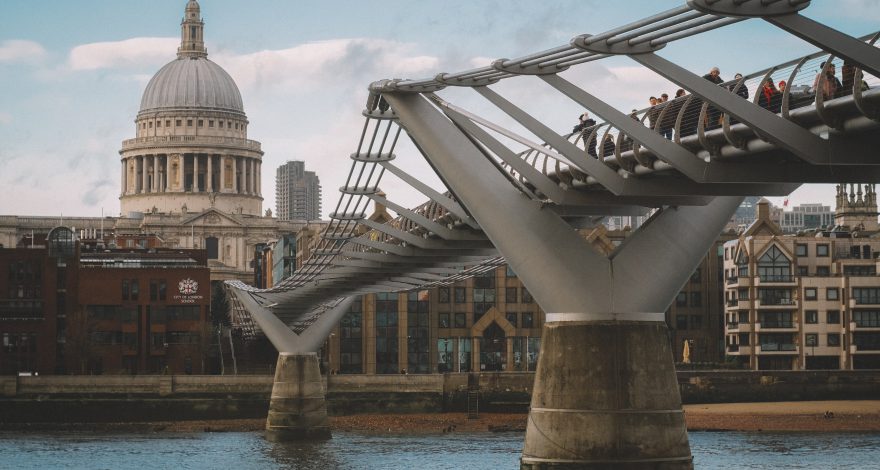 Serving Process in the UK in the New Normal

LLS has — for a while now — discouraged our clients from serving corporate defendants in the UK via the United Kingdom’s Central Authority.

That may be a startling statement in and of itself, but our predilection has been buttressed by additional authority and additional concerns.

Read on to understand our reasoning and find out our current position on serving process in the UK.

Serving Process in the UK

When serving process in the United Kingdom, service must be pursuant to the Hague Service Convention.[1] Under the Convention, the UK allows service via mail, via solicitor, and via the UK Central Authority.

Historically, most of our clients at Legal Language have chosen to serve process in the UK via one of the last two methods. Of those two methods, all things beings equal, service in the UK via a solicitor tends to be the more expensive option.

That said, there are some advantages to serving by means of a solicitor (which are outside the purview of this note), so that corporations often choose this method.

By contrast, when service is undertaken on behalf of an individual (as in a divorce or the disposition of an estate), service has usually been performed by means of the UK Central Authority.

While service was not quashed in either of these two cases,[4] such service is potentially problematic.[5] Indeed, quashing such service would all but be guaranteed if it were shown that the corporate defendant’s security was provided by an independent contractor.

One can certainly speculate on why the functioning of the UK Central Authority has changed — perhaps the spread of the COVID-19 virus is to blame — but regardless, the anecdotal evidence gives us pause.

As such, at LLS we currently discourage our clients from serving corporate defendants via the UK Central Authority.

Now comes before us the opinion handed down by the Eleventh Circuit in the case of Winston v. Walsh,[6] which makes clear that the current UK Central Authority is not, at present, its best self.

As a result, we believe service via the UK Central Authority should be eschewed by all our clients — both individuals and corporations.

An Overview of Winston v. Walsh

In Winston, a wife brought a wrongful death action against her former husband. (The deceased was their child.) The husband was living in the UK where he had remarried. The wife found an address for service upon her ex-husband at a location where the husband’s sister resided (it was also the husband’s new wife’s former address).[7]

Reviewing Other Cases to Determine if Service Was Proper

After observing that the plaintiff bears the burden of proving service of process and the need for there to be proper service before a court can assert personal jurisdiction over a defendant, the Eleventh Circuit observed that

[w]hile we have not decided the issue, courts in other circuits have decided that a certificate by a Central Authority creates a prima facie case that service was adequate… Generally, those courts will not “look behind” the certificate unless the defendant shows lack of notice or prejudice. We, however, require a “careful determin[ation] that service of process was in substantial compliance with the formal requirement of the Federal Rules.” The Civil Procedure Rules of England and Wales dictate proper service in this case. Rule 6.3(1)(c) provides that summons may “be served by . . . leaving it at a place specified in rule 6.7, 6.8, 6.9, or 6.10.” Rule 6.9 addresses serving an individual who has not provided an address, stating that such individuals should be served at their “[u]sual or last known residence.”[8]

Collier addresses the meaning of “last known residence.” (This is the argument that the wife stressed on appeal.) In Collier, the English Court of Appeal emphasized that it is not enough for a plaintiff to “assume” a location is a party’s last known residence.

According to the Eleventh Circuit:

Finally, the Eleventh Circuit side-stepped a rather sophisticated issue:

[The wife] then argues we should defer to the certificate by the Central Authority as prima facie evidence of service. We need not decide this issue for two reasons. First, under our precedent, there must be “substantial compliance,” with the Federal Rules of Civil Procedure to find sufficient service. There was not substantial compliance here, as Walsh never resided at [the address for service]. Second, the issue is not squarely before us—[the husband] challenged whether the Hague Convention applied to him at all, because [the wife] did not know his address. It is the plaintiff’s—not the Central Authority’s—responsibility to find the correct address of a defendant. The Central Authority merely serves a defendant with the address supplied in a request. Thus, the certificate is not relevant to our primary inquiry.[9]

Why the UK Central Authority Was at Fault

Because the Eleventh Circuit lays the failure of the service in this case at the wife’s feet, you may be wondering why we find fault with the UK Central Authority.

Viewed broadly, the UK Central Authority subserved the defendant. When the Central Authority’s agent (or when any agent anywhere) attempted subservice, one reasonably expects that the agent would inquire whether the defendant resided at the address for service, and the nature of the relationship between the defendant and the person with whom the documents were to be left.

Had the Central Authority’s agent made such inquires in this case, the agent would have discovered that the defendant never resided at the address for service. Accordingly, service would have failed and this litigation would have been placed on an entirely different trajectory.

International service of process is complex and should never be attempted without the help of experienced professionals. At LLS, we have almost 40 years of experience effecting service in 90+ countries.

Do you agree with our assessment of where the UK Central Authority failed? Do you still feel serving process in the UK via the Central Authority is as effective as serving via solicitor? We welcome your thoughts and comments below.