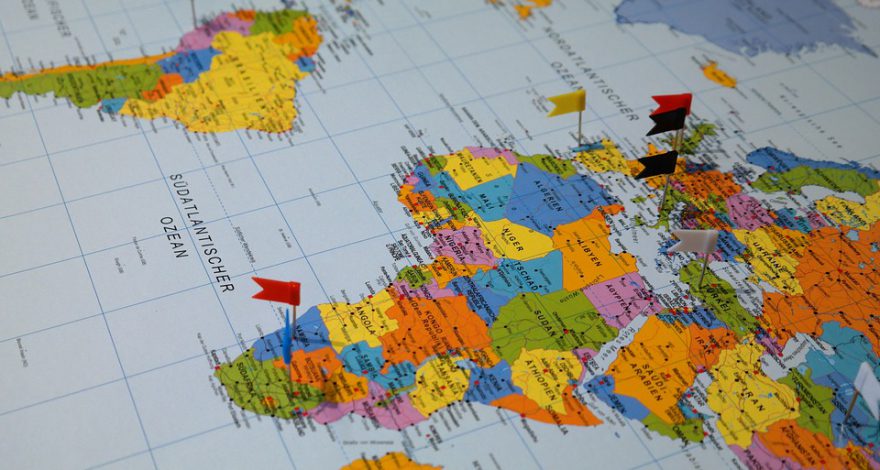 Can You Serve Process on a US Subsidiary?

By: Tom On: October 15, 2019 In: International Service of Process Comments: 0
Spread the love

For more than 30 years, Volkswagenwerk Aktiengesellschaft v. Schlunk, 486 U.S. 694 (1988) has stood for two principles with respect to international service of process:

It’s hard to believe that some attorneys have not gotten the memo regarding these quintessential principles of international service of process. But, as the case of Mills v. Ethicon, Inc.,[1] makes clear, many attorneys are indeed unaware of the Schlunk ruling.

After undergoing a mesh hernia repair, Mills filed a products liability action against the defendants in this case asserting that the mesh caused a seroma and had “adhered to her bowels,” resulting in significant injuries. Among other corporations named, Mills sought to bring in the Swedish corporation, Getinge AB, by mailing a copy of the documents to be served to its US subsidiary, Maquet.[2] Getinge AB filed a motion to dismiss on the grounds that Mills had failed to effect proper service.

Was Service on Maquet Proper Under Federal Law?

The court began its opinion by observing that in

the absence of service of process or a waiver of service by the defendant, due process will not permit a court to exercise power over a party named as defendant in the complaint. Once a challenge to the sufficiency of service is lodged, “the party asserting the validity of service bears the burden of proof on that issue.” This burden can be met by a preponderance of the evidence using affidavits, depositions, and oral testimony. “[W]here service of process is found to be ineffective, the court has discretion to either dismiss or quash service which has been made.” Service upon foreign defendants is governed by Federal Rule of Civil Procedure 4(h)(1), which provides two acceptable methods for serving a “domestic or foreign corporation… in a judicial district of the United States.” “Those methods are `in the manner prescribed by Rule 4(e)(1) for serving an individual’ or `by delivering a copy of the summons and complaint to an officer, a managing or general agent, or any other agent authorized by appointment or by law to receive service of process and—if the agent is one authorized by statute and the statute so requires—by also mailing a copy of each to the defendant.'” The Federal Rules of Civil Procedure additionally provide for service outside of the judicial district. In that scenario, service may be effectuated “in any manner prescribed by Rule 4(f) [“Serving an Individual in a Foreign Country”] for serving an individual, except personal delivery under (f)(2)(C)(i).” Fed. R. Civ. P. 4(h) (alteration added). Rule 4(f) provides, in turn, for service to be effectuated “by any internationally agreed means of service that is reasonably calculated to give notice, such as those authorized by the [Hague Convention].” [3]

The court than noted that Getinge AB’s position was that

service upon a foreign corporation can only be made pursuant to the Hague Convention, which was not complied with here. As explained above, however, the Federal Rules provide alternative means of service on a foreign corporation aside from compliance with the Hague Convention. In Volkswagenwerk Aktiengesellschaft v. Schlunk, 486 U.S. 694 (1988), the Supreme Court held that service on a foreign corporation did not have to comport with the Hague Convention “[w]here service on a domestic agent is valid and complete under both state law and the Due Process Clause.” The Court explained that “there is no … evidence in the negotiating history that the Convention was meant to apply to substituted service on a subsidiary… which clearly does not require service abroad under the forum’s internal law.” In other words, if service “under state law, [does] not necessarily require transmittal of the relevant documents [abroad], the Hague Service Convention simply [is] not implicated.” Therefore, I turn to whether service on Maquet was sufficient to effectuate service upon Getinge AB under state law.[4]

Was Service on Maquet Proper Under State Law?

“Under New Jersey law, service on a wholly owned subsidiary confers jurisdiction over the foreign parent only if the subsidiary is an alter ego or agent of the parent.”[5]

The court then examined the factors that the Dewey court considered to determine whether service upon a US subsidiary was binding on an overseas parent company.[7] The court then observed that Mills had no evidence that Maquet was 100% owned by Getinge AB; and that Mills’ “alter ego and agency arguments pale in comparison.” Indeed, according to the court, Mills’ allegations of Getinge AB’s control over Maquet are “barely factual at all; it amounts to no more than a legal conclusion. Aside from these introductory paragraphs, the rest of the complaint simply refers to the defendants collectively. It contains no specific factual allegations related to Getinge AB.” Mills did not allege any specific conduct or contacts on the part of Getinge AB within New Jersey.

With respect to the first agency factor (whether the subsidiary is doing business in the forum that would otherwise be performed by the parent), Mills cites no facts. Mills has not pointed to any evidence to suggest a “financial dependency” between Getinge AB and Maquet (third factor) or that Getinge AB interferes with Maquet’s personnel or controls Maquet’s “marketing and operational policies” (fourth factor). Mills simply notes Getinge AB is the only member of Maquet LLC. Mills cites no case in which being a member or sole member of an LLC is sufficient to impute alter ego status.

The court then ruled that because Mills

has not shown that Getinge AB “so dominated [Maquet] that it had no separate existence but was merely a conduit for the parent,” her alter ego theory fails. Therefore, the Court finds that service on Maquet in New Jersey was insufficient to impute service on Getinge AB and dismissal of the complaint as to Getinge AB is warranted on this additional basis.

How Legal Language Can Help

The take home lesson of Mills is that, absent evidence that a US subsidiary is 100% owned by a foreign parent (or that the foreign parent exerts total control over the US subsidiary), service upon an overseas parent located in a signatory country should always be pursuant to the Convention.

Whether you require service via the Hague Service Convention or via alternative methods, the professionals at Legal Language have you covered. With more than 35 years of experience, our attorneys and paralegals are well-versed in all the ins and outs of international service of process. Contact us to learn more.

[1] Dist. Court, D. New Jersey August 27, 2019.
[2] Nor did Mills provide Getinge AB with a Swedish translation.
[3] Citations omitted.
[4] Citations other than Schlunk, have been omitted.
[5] Dewey v. Volkswagen AG, 558 F.Supp.2d 505, 513 (D.N.J. 2008).
[6] Citations omitted.
[7] “(1) “VWAG owns 100% of the outstanding stock of VWOA”; (2) VWOA is the sole authorized US importer and distributor of cars manufactured by VWAG; (3) VWAG has the power to appoint VWOA’s President and CEO; and (4) the Importer Agreement governing the relationship between VWAG and VWOA demonstrated that VWAG had substantial control of VWOA’s activities, including not only matters related to the “importation of VWAG vehicles,” but also the “marketing, distribution and sales of VWAG vehicles,” the proliferation of dealerships, “the training of dealership personnel,” and terms of payment between individual customers and VWOA.” Dewey at 513-14. For all practical purposes, these are the same factor that Schlunk considered.