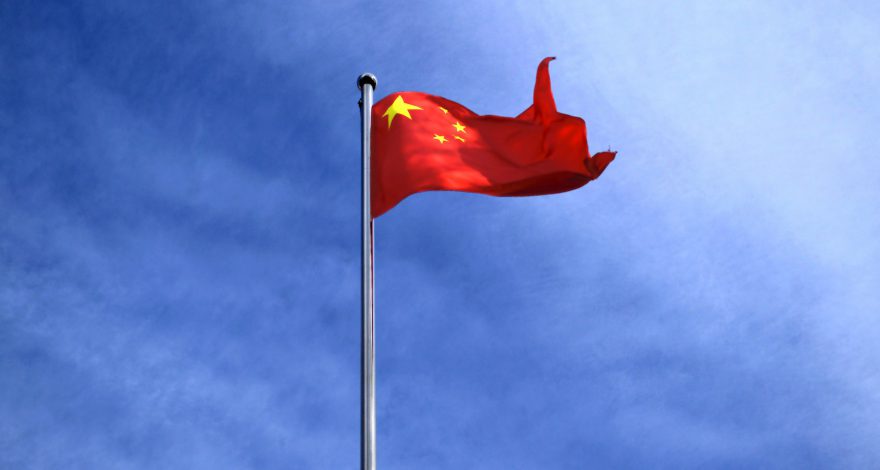 Thinking about a taking a deposition in China? Better think again.

In WEI SU v. SOTHEBY’S, INC., No. 17-CV-4577 (VEC), Dist. Court, SD New York, August 28, 2019, the defendant Yeh filed a motion to compel the plaintiffs to be deposed in New York. The plaintiffs opposed based on undue hardship and cross-moved for a protective order directing that their depositions be taken remotely, via video-conference, from Shanghai, China.

Who Carries the Burden of Proof?

The court began its discussion with a review of who carries the burden of proof.

“There is a general presumption that a plaintiff who chooses a particular forum should be prepared to be deposed in that forum.” Additionally, “[w]ith respect to the location of a deposition, as a general rule, `the party who notices a deposition is entitled to choose its location.'” The Court may, however, designate the time, place, and manner of a deposition for good cause. A plaintiff resisting deposition or seeking a protective order bears the burden of showing good cause. To determine whether that burden has been met, the Court must consider “cost, convenience, and litigation efficiency,” balancing the expected prejudice and hardship to the interested parties.[1]

Plaintiffs chose to file suit in this district (and are the party moving for a protective order), they bear the burden of showing the existence of good cause to excuse their presumptive obligation to be deposed in New York. Plaintiffs argue, however, that they should be relieved of that obligation because they originally sued Defendant Sotheby’s, Inc., not Yeh; Yeh only joined the suit as a result of Sotheby’s interpleader action. While that recitation of the procedural history of the case may be accurate, whether Plaintiffs are being deposed by Sotheby’s or by Yeh is irrelevant to Plaintiffs’ burden. The general rule that a plaintiff should bear any inconvenience arising out of litigating in their choice of forum is rooted in fairness: as between a plaintiff and any other party, the plaintiff has the greatest latitude in choosing the most convenient forum. By commencing litigation in this district (and by transacting with Sotheby’s in this district), Plaintiffs should have reasonably anticipated being required to appear in this district for depositions or other proceedings, including trial. Absent a showing that being deposed by Yeh is somehow significantly more burdensome than what Plaintiffs could have reasonably contemplated based on their lawsuit against Sotheby’s, Plaintiffs’ efforts to displace the presumption are without merit.[2]

Was the Plaintiffs’ Cause for Undue Hardship Reasonable?

The court then addressed the plaintiffs’ hardship claim.

She does not cite financial hardship or provide any evidence of indigence. [The plaintiff’s]  circumstances cannot suffice as an exception to the general rule because virtually every non-resident plaintiff is likely to have some type of family or employment obligations outside the district. Because Wang has not explained how a brief absence of a few days would be unusually burdensome on her family or her employment, the Court finds that [the plaintiff has] not demonstrated good cause for a protective order and that an order compelling her deposition in the United States is appropriate. Plaintiff Su’s alleged hardship is primarily his health concerns, but his argument suffers from multiple defects that undercut its weight. According to Su’s affidavit, traveling to New York “would endanger [his] life.” His medical note, however, issued by the Luoyang Massage Hospital, states that Su, who is 46 years old, is “not suit[ed] to travel by air, high-speed railway and other means of transportation.” Although Su’s doctor appears to have diagnosed him with a disc herniation and arteriosclerosis, the note does not provide any details as to Su’s symptoms—or how his conditions may be life-threatening. Moreover, the note, dated August 15, 2019, is not accompanied by any pre-litigation medical history or diagnosis… Moreover, Su’s purported health condition cannot outweigh competing considerations of prejudice and litigation efficiency. Although Plaintiffs contend that Yeh will not be prejudiced in any way, conducting a remote deposition in this case presents numerous logistical difficulties. In addition, Plaintiffs’ proposal consists almost entirely of a claim that [the remote videography to be used to depose the plaintiff in Shanghai is] reliable technolog[y], without any regard for how Rule 28(b) requirements would be satisfied in a way that does not run afoul of Chinese law.[3]

This last sentence raises the real issue in this case:

According to the United States Department of State, “China does not permit attorneys to take depositions in China for use in foreign courts;” such depositions, “as a general matter, [may] only be accomplished through requests to its Central Authority under the Hague Evidence Convention;” “[c]onsular depositions would require permission from the Central Authority on a case by case basis;” and “[p]articipation in [unapproved deposition] activity could result in the arrest, detention or deportation of the American attorneys and other participants.” Thus, as the record stands today, there is a non-negligible risk that swearing an oath and answering deposition questions, even those posed remotely, could violate Chinese law—an issue that Plaintiffs have failed to address in proposing their alternative. At minimum, the Court would have to require further briefing on whether Plaintiffs’ video deposition could subject the parties and their attorneys to sanctions under Chinese law. And, if so, the parties would have to obtain approval from China’s Central Authority, consistent with the Hague Evidence Convention, before proceeding with a Shanghai-based deposition. All of the foregoing would cause delay and prejudice.[4]

In sum, the court holds that, on balance, the plaintiffs have not carried their burden of showing good cause for a protective order. But in true, “split-the-baby” fashion, the court, stated that it was “not insensitive to Plaintiffs’ inconvenience and potential family and health considerations. For that reason, the parties are directed to meet and confer, in good faith, as to alternative locations within the United States that may be more amenable to Plaintiffs’ needs, such as California or Hawaii, should Plaintiffs agree to bear Yeh’s costs for conducting any such depositions outside of New York.”

How Legal Language Can Help

This case provides a good warning for any attorney looking to take a deposition abroad in China. If you need to arrange a deposition in China, or any other country, contact the professionals at Legal Language. From securing a venue and court reporter to arranging for transportation and interpreting services, LLS has you covered.

Taking a Deposition in Russia: Barriers to Discovery
The Impact of COVID-19 on Depositions Abroad
Can Overseas Party Witnesses Be Compelled to Testify in the US?
Spread the love
Previous
Who Can Take Evidence from a US Witness?
Next
Can You Serve Process on a US Subsidiary?
0 0 votes
Article Rating
Subscribe
Login