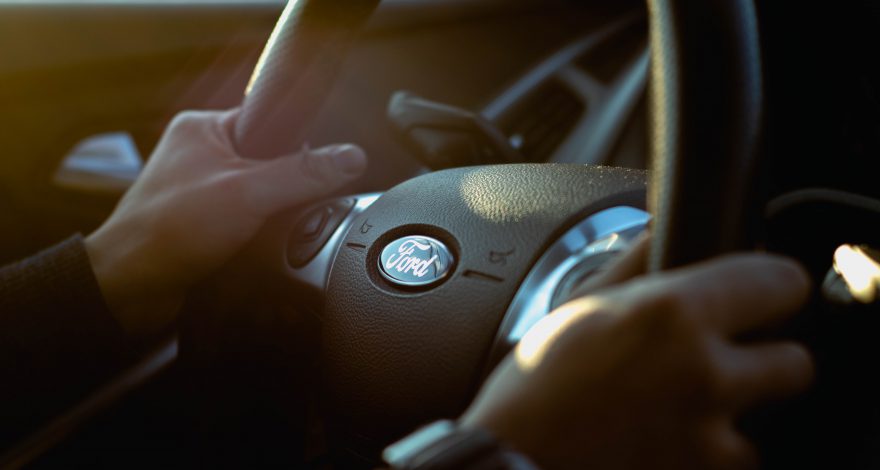 Will the Gamboa Opinion Change the Way Service in Germany Can Be Effected?

When serving process in Germany, service must be pursuant to the Hague Service Convention.[1] And, under the Convention, service from the United States to Germany is proper if and only if its conducted under the aegis of the German Central Authority.

Accordingly, in litigation where the plaintiff seeks punitive or split-recovery damages from a German defendant, blind adherence to Schunk has historically been inefficient.

The reason for this is because if the plaintiff were to strictly adhere to Schunk, they would first need to attempt Hague service before being allowed to seek service by alternative methods despite the fact that Hague service — in this instance — is a futile waste of both time and money.

However, a recent court case may prove a game changer. Indeed, if Gamboa v. Ford Motor Company[2] becomes widely adopted, plaintiffs would be able to seek alternative service at the start of such litigation rather than attempting Hague service first.

Although the Gamboa opinion does not directly discuss the underlying litigation, it is one of many cases against Bosch GmbH for its alleged part in the conspiracy to rig motor vehicle emissions testing.<[3]

Having learned from prior litigation against Bosch GmbH that the German Central Authority would — with certainty — reject the plaintiff’s request for service because of the potential for split-recovery in this litigation, the plaintiff filed a motion with a magistrate judge for alternative service thereby bypassing the need to file by Hague service.

The magistrate judge granted the plaintiff’s request and Bosch GmbH appealed to the district court.

Court Attests to the Futility of Hague Service in This Case

The district court began its opinion by reviewing the standards for the review of a magistrate judge’s order[4] and the mandatory nature of Hague service to Germany.[5]

The district court then turned to the futility of Hague service in this case:

“The primary innovation of the Convention is that it requires each state to establish a central authority to receive requests for service of documents from other countries.” Schlunk, 486 U.S. at 698-99 (citing 20 U.S.T. 362, T.I.A.S. 6638, Art. 2). Once this central authority receives a service request, Article 5 of the Convention directs the central authority to “itself serve the document or shall arrange to have it served by an appropriate agency.” 20 U.S.T. 362, T.I.A.S. 6638, Art. 5. Here, Germany has formally designated the [Saxony] Ministry of Justice to serve as its central authority for Freiburg, where Bosch GmbH’s office is located. Under Article 21 of the Hague Convention, each signatory nation may retain or reject certain general provisions and enact specific requirements for valid service within that country. 20 U.S.T. 362, Art. 21. In the past, the Freiburg court has formally noted that it will not permit Hague Convention Service when a case involves a US complaint that contains claims subject to split-recovery statutes. See Letter from Dr. Linde-Rudolf, Vice-Pres. of the District Court, to District Court of Freiburg to the U.S. Dist. Court of NJ. (May 16, 2017) [ECF No. 152-2, Pg.ID 7410] (Exhibit 1C) (“[Hague Convention] service of judicial and extrajudicial documents abroad in civil and commercial cases has to be rejected.”). Based on the aforementioned requirements, the Court finds that Plaintiffs attempts at perfecting service outside of the parameters of the Hague Convention were not deficient.[6]

Defendant Argues That the Hague Convention is Mandatory

The district court then addressed Bosch GmbH assertion that Hague service is indeed mandatory in all instances when serving process in Germany.

Citing this Court’s prior ruling in Plastic Molded, Bosch GmbH argues that Germany has mandated Hague Convention compliance through its establishment of a central authority to administrate Hague Convention issues. Plastic Molded Technologies, Inc. v. Bayerische Motoren Werke Aktiengesellschaft, No. 08cv14276, 2009 WL 10680593 (E.D. Mich. May 19, 2009); see also Dreyer v. Exel Industries, Inc., No. 05-10285-BC, 2007 WL 1584205 (E.D. Mich. May 31, 2007) (explaining that the plaintiff was required to attempt service of process on the French defendant pursuant to the Hague Convention). Bosch GmbH contends that the [magistrate judge’s] Order did not adhere to principles of international comity and incorrectly considered the “cost of translating [a] long complaint into German.” …Bosch GmbH further argues that this district has previously expressed a preference that “Rule 4(f)’s preferred method of service is service pursuant to an internationally agreed means, such as those authorized by the Hague Convention.”

Court Finds That Alternative Service Was Not Unlawful

The district court, with an eye to Bosch GmbH’s likely appeal, then stated:

the Court must now determine whether [the magistrate judge’s] decision that Plaintiffs’ compliance with the Hague Convention would have been futile was contrary to law. Plaintiffs must show that “the court’s intervention will avoid further burdensome or futile attempts at service.” United States v. Alphatec Spine, Inc., 2016 WL 1182260, at *2 (S.D. Ohio Mar. 28, 2016) (citations omitted). … To understand both parties’ arguments, the Court must first review the definition of “split-recovery statutes.” Split-recovery claims are claims where punitive damages may “split” between the private plaintiffs and the state.… Bosch GmbH counters that this argument misapplies German law. To support this argument, Bosch GmbH submitted a declaration from Professor Gerhard Wagner. Professor Wagner explains that punitive damages claims are classified as civil in nature, even when a part of the recovery is shared with the state. Bosch GmbH contends that Plaintiffs’ claims are actually classified as civil claims under German law, regardless of whether the entirety of the award goes to the plaintiff or is shared with the government.[7]

In response, the plaintiff argued that Bosch GmbH was misconstruing German law. The court then disposed of both arguments by observing:

The instant Motion does not require the Court to determine the correct interpretation of German law, nor does the instant matter require Plaintiffs to go to German court prior to serving a German party and determine the correct interpretation of split-recovery statutes under German law.… Bosch GmbH asserts that “there is no doubt that the claims invoked in the Gamboa Class Action Complaint must be classified as civil remedies for purposes of the Hague Service Convention.” The Court finds that this is untrue as evidenced by [the magistrate judge’s] conclusions and Plaintiffs’ citation to the [Saxony GCA’s] letter, which directly contradict Bosch GmbH and Professor Wagner’s assertions.[8] … [Accordingly, the] Court finds that [the magistrate judge’s] futility determination was not contrary to law.

Bottom line: Until Bosch GmbH obtains a Seventh Circuit opinion that overrules the district court, Bosch GmbH is subject to service by alternative methods without first being served under the Hague Convention.

A Word of Caution When Serving Process in Germany

We at Legal Language would temper the above “good news” with the following caveat: Serving process in Germany by alternative methods (and not by Hague service) as proposed in Gamboa, will mean — with virtual certainty — that any foreign judgment will not be enforced in Germany.

In Gamboa, enforcement is not an issue because Bosch will have seizable assets in the US. Accordingly, starting a legal action by alternative methods without first attempting Hague service in Germany should, we believe, only be contemplated when a plaintiff is seeking punitive or split-recovery damages AND the defendant has substantial and significant assets in the originating country.

There is an important corollary to this case: Obtaining alternative methods of service can be further streamlined.

In Gamboa, the plaintiff proved the futility of Hague service in Germany by introducing evidence from a related case. But how do you avoid Hague service upon a German defendant if you seek punitive or split-recovery damages and there are no prior related cases? Do you believe that a change in this procedure is desirable as a matter of comity? We welcome your comments and questions below.

By the way, given our many decades of experience at LLS dealing with the German Central Authority, we can provide you with an affidavit affirming the futility of serving German defendants with documents seeking punitive or split-recovery damages.

Contact LLS today to learn more about how we can assist you when serving process in Germany.

Notes
[1]Volkswagenwerk Aktiensgesell-Schaft v. Schlunk, 486 U.S. 694, 698 (1988)
[2]Case No. 18-10106 (ED Mich 2020).
[3] Law 360: Bosch Can’t Escape Ford Truck Emissions RICO Case. December 1, 2020; https://www.law360.com/articles/1333489.
[4] “A district court will only reverse a Magistrate Judge’s decision on a pretrial, non-dispositive motion if the ruling is clearly erroneous or contrary to law.” 28 U.S.C. § 636(b)(1)(A); Fed.R.Civ.P. 72(a).
[5] Summarized above.
[6] Technically there are 16 German Central Authorities – one for each German state. The way this opinion is written, it could be construed that the court is only addressing the practices of the Saxony German Central Authority. However, LLS’s experience with the other 15 German Central Authorities leads us to the conclusion that a request for service in litigation involving punitive or split-decision damages would be handled identically by the others central authorities.
[7] Citations omitted.
[8] Id. and emphasis in the original.

Spread the love
Previous
How Not to Respond to Defective Service in Family Law Litigation
Next
Appel v Hayut: Service of Process by Mail in Israel
0 0 vote
Article Rating
Subscribe
Login