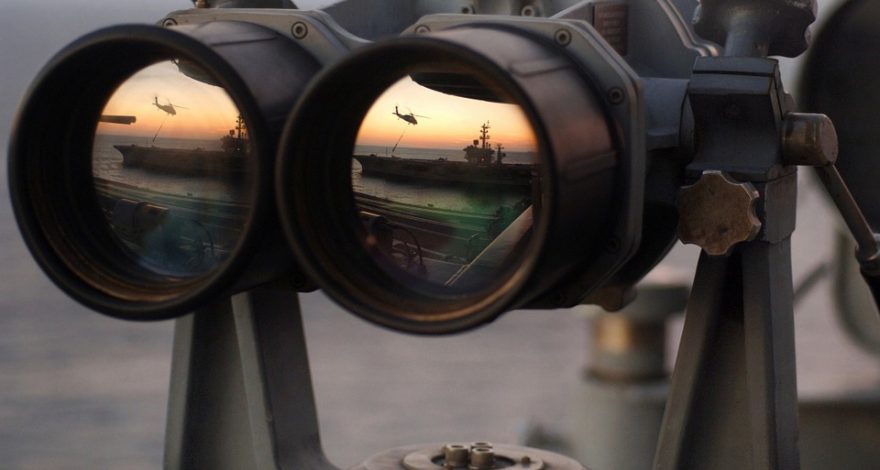 Did Putin send his agents provocateurs to sell Donald Trump Jr. “dirt” on Hillary Clinton?  If so, then, to paraphrase the late Senator Howard Baker, what did President Trump know and when did he know it?

On one level, these are questions important to all Americans and should be answered. On another level, why are we surprised that countries use agent provocateurs to influence and interfere in the internal affairs of the United States?

A Historical Precedent for International Interference

A hundred years ago, Benito Mussolini’s Italian agents provocateurs were bank-rolling the British Union of Fascists in a blatant attempt to influence elections in Great Britain.[1] As detailed in the Church Committee’s report,[2] the United States would not reach its apogee with respect to interference with the internal affairs of other nations until after World War II. The Committee’s report documented how the United States’ agents provocateurs were involved in the assassinations of a number of foreign leaders including Patrice Lumumba of the Democratic Republic of the Congo, the Diem brothers of Vietnam, and a number of attempts to assassinate Fidel Castro of Cuba.

While in recent years the US has shied away from such overt attempts to influence and interfere in the internal affairs of other nations, we only need to look at the recent invasions of Iraq to know we are still meddling in other nations’ international affairs.

To understand why it is offensive for one country’s agents provocateurs to attempt to influence and interfere in the internal affairs of other nations, let’s turn back the hands of time to the Treaty of Westphalia — concluded in 1648 — which ended the Thirty Years’ War.

The Treaty of Westphalia and the Creation of Nation-States

Prior to the Thirty Years’ War, the use of agents provocateurs to meddle in the internal affairs of other countries had become the norm. For example, Cardinal Richelieu and his agents were “successful in converting the ‘Thirty Years’ War’ from a dispute between Catholics and Protestants to that between nationalism and Habsburg hegemony following the defeat of Habsburg.”[3]

By the end of the Thirty Years’ War in 1648, Europeans had come to loathe the ability of agents provocateurs to meddle in the internal affairs of other countries in order to foment war. Accordingly, the concept of the nation-state was born in the Treaty of Westphalia. The idea behind the nation-state is that the nation is a sovereign with absolute control over its internal affairs.

At the time of the Treaty, most countries were monarchies (England would not become a constitutional monarchy until 1688 when the Glorious Revolution ended the reign of the Steward dynasty.) While spying undoubtedly occurred after the Treaty was signed, spying was done for prognostication to anticipate the sovereign’s next move.

The monarchs and foreign ministers did not so much seek to influence and interfere in the internal affairs of other nations as much as they sought to maintain the status quo. For example, at the end of the Napoleonic Wars, Lord Castlereagh successfully argued against having France pay reparations. It was not that England did not need the money so much as it was that Castlereagh did not want to interfere with France’s internal affairs.[4]

Given such monarchial control of the new nation-states, foreign affairs analysis looked increasingly like the analysis of a chessboard.

The Return of Agents Provocateurs

The principles of sovereignty articulated in the Treaty of Westphalia remained in place for 350 years. But the twentieth century ushered in a number of forces that have undermined nation-states.

First and foremost of these forces was the rise of entities with the economic wherewithal of a nation-state. By the 1960s General Motors was managing more money than most countries. Today, California’s $2.4 trillion economy is the sixth largest economy in the world, behind the US, China, Japan, Germany, and the United Kingdom.[5]

Even economic actors with smaller economic wherewithal like Exxon Mobile or Doctors Without Borders have taken on a number of functions that once were provided by nation-states (e.g., their own foreign affairs departments). Meanwhile a number of nation-states like Syria and Afghanistan have become “failed states” that no longer provide even the most basic governmental functions (e.g., education and police).

Not surprisingly, with the rise of forces inimical to nation-states and the return of agents provocateurs, a paradigm shift is taking place in the world of foreign affairs.

As summarized in Anne-Marie Slaughter’s 2017 book The Chessboard and the Web: Strategies of Connection in a Networked World, foreign affairs experts are increasingly viewing international affairs not through the chessboard paradigm, but rather through the network analysis paradigm. Under the latter paradigm, foreign affairs are understood in terms of how nation-states are connected to each other and are connected to multinational corporations, the State of California, and, of course, to agents provocateurs who often carry the more modern appellation of “terrorists”.

Do We Need to Rethink International Service of Process?

The origin of service of process dates to the 1215 signing of the Magna Carta, which created due process rights.[6] By the sixteenth century, the sheriffs of England were employed full-time serving process and collecting debt.[7] In the twentieth century, even as the concept of the nation-state was under siege, the nations of the world came together to enact not one but two international conventions for service of process.[8] Together these conventions standardized international service of process for the vast majority of the world’s countries.

Given the long and venerable tradition of service of process, it does not seem likely that it will be going the way of the dinosaur any time soon. This conclusion is bolstered by two other observations.

Second, service of process is a way for nation-states to protect their citizens from foreign governments, the State of California, and other agents provocateurs. Unless the nation-state were to totally vanish, it seems unlikely that there will be a need for a paradigm shift in service of process.

While a paradigm shift may restructure diplomatic thinking in the post-Treaty of Westphalia world, the paradigm for service of process is likely to remain unchanged.

Article 13 & the Influence of Politics in the Practice of International Law
Parsons v. Shenzen Fest Tech Co: A Lesson in Vendor Due Diligence
Hague Service Convention: The Issue of Waiver & Alternative Service
Spread the love
Previous
Delays and Default Judgment: Service in China via the Chinese Central Authority
Next
How to Obtain Evidence from Russia of Alleged Interference with US Elections
agents provocateurs, internal affairs, international law, international service of process
0 0 votes
Article Rating
Subscribe
Login