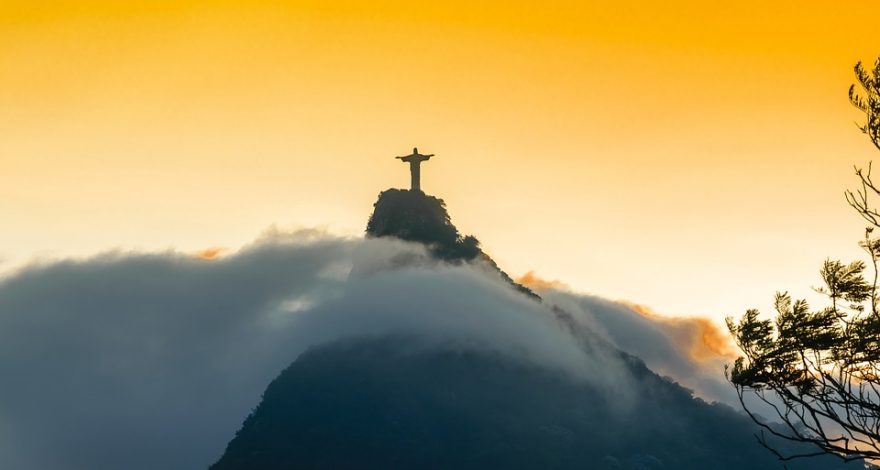 With all the publicity surrounding the upcoming Summer Olympic games, Brazil might be on your mind a little more than usual. If you have never considered the history of this country, it’s time to get the facts on Brazil.

In the year 1500, Pedro Álvares Cabral of Portugal encountered the area that is now known as Brazil. Upon realizing that the land was plentiful in local resources, including a type of red wood called pau-brasil (later from where Brazil would derive its name), he and his fleet decided to claim the area for Portugal.

Soon after the fleet’s arrival, they encountered the local people known as Tupinambas. Initially the two groups were able to work together to harvest the trees, but soon the Portuguese fleet needed laborers and tried to make slaves of the Tupinambas. However, the Tupinambas either fled or passed away from disease, and so the Portuguese settlers turned to enslaving Africans instead.

New Capitals and the Discovery of Precious Resources

During the early history of Brazil, the Portuguese were perpetually fending off the foreign powers interested in the area’s natural resources. This made it hard for the Portuguese royalty to establish a central government, resulting in parceling out pieces of land for captains to rule. However, this was not an effective system.

Around 1550, a governor-general was chosen and a capital was created where the city of Salvador now stands. Of course, that didn’t mean peace would follow; the indigenous people and the Europeans lived in constant war with one another.

To complicate matters, by 1700, residents of Lisbon, Portugal heard that Brazil was brimming with diamonds, gold and emeralds.

Soon enough, the Portuguese and other Europeans were going into Brazil and either exporting the natural resources or building new cities in which to settle down. It didn’t take long for the capital to move to Rio de Janeiro, and soon after that, the people there began exporting tobacco and cotton in addition to the area’s other resources.

The Arrival of Royalty

By around 1800, the royal family, headed by Dom João VI, went to Brazil after Napoleon’s armies ousted it from Portugal. This arrival made history in Brazil, as that was when the arts became better funded and colleges, banks and a number of new buildings were constructed. The royal court also ended the monopoly of the colony trade with Portugal, making it available to other nations, and eventually established the United Kingdom of Portugal, Brazil and the Algarves.

After much protest from Portuguese leaders, João retuned to Portugal, at which point he left his son Pedro I in charge. Though this resulted in Brazil gaining independence in 1822, with Pedro as the first Emperor of Brazil, it also led to a lot of war and general unrest for the next decade.

In 1831, Pedro I abdicated the throne and returned to Portugal,  leaving the crown to his then 5-year-old son, Dom Pedro II. But since he could not yet rule, a period of instability followed and a few rebellions broke out among the poor. Fortunately, once Dom Pedro II was old enough to come into power, he was able to restore order to the country.

The Overthrow of Monarchy

The monarchy came to an end shortly after in 1889, having been overthrown by a military coup. What followed were several presidents, coups and assassinations. Among the most infamous presidents was Getúlio Vargas, who seized power in 1930 and ruled by dictatorship.  His political career was tumultuous: he was overthrown in 1945; re-elected in 1951; and committed suicide amidst a political crisis in 1954.

The next several presidents had some similar issues, though Juscelino Kubitschek was successful in bringing in new businesses and boosting the economy, along with constructing the new capital city of Brasilia. However, shortly after his presidency ended, the leadership became a military regime once more.

By the 1980s, the country was ready to trade in military rule for another presidential election. In 1990, Fernando Collor de Mello took office and attempted to manage the inflation, which had crept up in the preceding decades. However, he was found to be corrupt and was impeached in 1992.

At that point, Vice President Itamar Franco took over and successfully stabilized the economy. After a few peaceful exchanges of power over the next 15 years, Brazil proved that it had also stabilized its political landscape. Brazil then made history by electing its first female president, Dilma Rousseff, in 2010.