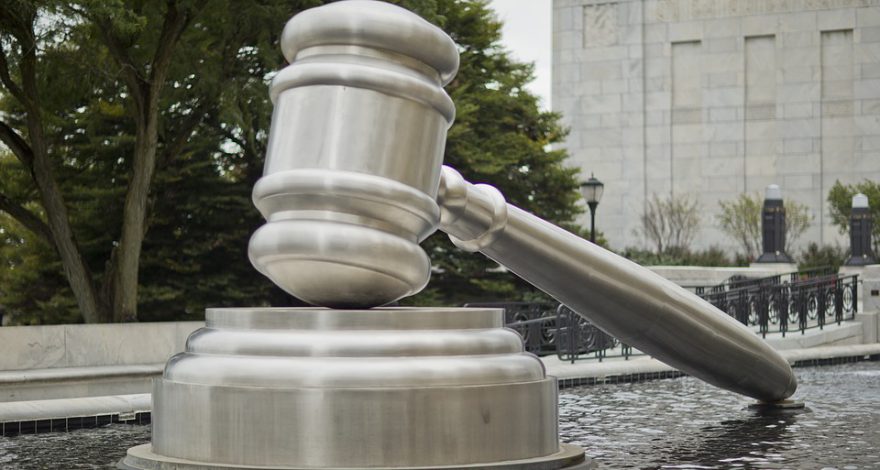 By: Tom On: November 15, 2018 In: Domestic Litigation, International Litigation Comments: 0
Spread the love

When a foreign country’s laws are relevant to US litigation, whose law controls?

In a 2018 unanimous opinion, delivered by J. Ginsberg, the Supreme Court considered this issue:  When foreign law is relevant to a case instituted in a federal court, and the foreign government whose law is in contention submits an official statement on the meaning and interpretation of its domestic law, may the federal court look beyond that official statement?

In Animal Science Products v. Hebei Welcome Pharmaceutical Co. Ltd.[1] the US-based purchasers of vitamin C brought a class action lawsuit against four Chinese corporations that manufacture and export vitamin C. The US purchasers alleged that the Chinese sellers engaged in price fixing that violated the Sherman Act (15 U. S. C. §1). The Chinese sellers moved to dismiss the complaint on the grounds that Chinese law required them to fix the price and quantity of vitamin C exports.

Accordingly, the Chinese sellers claimed they were “shielded from liability under US antitrust law by the act of state doctrine, the foreign sovereign compulsion doctrine, and principles of international comity.” This assertion was supported by an amicus curiae filed by the Ministry of Commerce of the People’s Republic of China.

The District Court, while allowing that the Ministry’s amicus brief was “entitled to substantial deference,” denied the Chinese sellers’ motion to dismiss the complaint.[2] In the District Court’s opinion, the Ministry’s statements were not “conclusive” because they were “too ambiguous to foreclose further inquiry into the voluntariness of [the Chinese sellers’] actions.”[3] Further, the District Court added “that Chinese law did not require the sellers to fix the price or quantity of vitamin C exports.” The jury then awarded the plaintiffs $147 million.

How Much Deference Should Be Given to Foreign vs Domestic Law?

On appeal, the Second Circuit reversed, holding that the District Court erred in denying the Chinese sellers’ motion to dismiss the complaint because the propriety of dismissal hinged on whether the Chinese sellers could adhere to both Chinese law and US antitrust law. That question, in turn, depended on “the amount of deference” owed to the Ministry’s characterization of Chinese law.[4]

The Second Circuit’s holding created a split in the Circuits over whether Rule 44.1 requires federal courts “determining foreign law under [such circumstances] to treat as conclusive a submission from the foreign government describing its own law.”

A Question of Law Rather than Fact

J. Ginsberg began the opinion of the Supreme Court by reviewing the relevant law: At common law, the content of foreign law relevant to a dispute was treated “as a question of fact.”[5] However, “ranking” questions of foreign law as questions of fact “had a number of undesirable practical consequences.”[6] Issues of foreign law “had to be raised in the pleadings” and proved “in accordance with the rules of evidence.” Accordingly, when Federal Rule of Civil Procedure 44.1 was adopted in 1966, it “fundamentally changed the mode of determining foreign law in federal courts.”[7]

Under Rule 44.1, the determination of foreign law “must be treated as a ruling on a question of law,” rather than as a finding of fact.

Correspondingly, in ascertaining foreign law, courts are not limited to materials submitted by the parties; instead, they “may consider any relevant material or source… , whether or not… admissible under the Federal Rules of Evidence.” Appellate review, as is true of domestic law determinations, is de novo. Rule 44.1 frees courts “to reexamine and amplify material… presented by counsel in partisan fashion or in insufficient detail.” The “obvious” purpose of the changes Rule 44.1 ordered was “to make the process of determining alien law identical with the method of ascertaining domestic law to the extent that it is possible to do so.”[8]

In addition, when federal courts are provided with the views of the relevant foreign government regarding their laws, (as in this case), the calculus is a little harder because

“Rule 44.1 does not address the weight a federal court determining foreign law should give to the views presented by the foreign government… [nor] does any other rule or statute.”

In such cases, in the spirit of “international comity,” federal courts “should carefully consider a foreign state’s views about the meaning of its own laws.”[9] But, “the appropriate weight [to be given] in each case will depend upon the circumstances; [and] a federal court is neither bound to adopt the foreign government’s characterization nor required to ignore other relevant materials.”

One Size Does Not Fit All

Given the world’s many and diverse legal systems, and the range of circumstances in which a foreign government’s views may be presented, no single formula or rule will fit all cases in which a foreign government describes its own law. Relevant considerations include the statement’s clarity, thoroughness, and support; its context and purpose; the transparency of the foreign legal system; the role and authority of the entity or official offering the statement; and the statement’s consistency with the foreign government’s past positions…. If the relevant state law is established by a decision of “the State’s highest court,” that decision is “binding on the federal courts.” But views of the State’s attorney general, while attracting “respectful consideration,” do not garner controlling weight.[10]

The Court also chastised the Second Circuit for “misperceiving” its opinion in United States v. Pink.[11]

Pink, properly comprehended, is not compelling authority for the attribution of controlling weight to the Ministry’s brief. We note, first, that Pink was a pre-Rule 44.1 decision. Second, Pink arose in unusual circumstances. Pink was an action brought by the United States to recover assets of the US branch of a Russian insurance company that had been nationalized in 1918, after the Russian revolution… The Court of Appeals additionally mischaracterized the Ministry’s brief as a “sworn evidentiary proffer.” In so describing the Ministry’s submission, the Court of Appeals overlooked that a court’s resolution of an issue of foreign law “must be treated as a ruling on a question of law.” The Ministry’s brief, while a probative source for resolving the legal question at hand, was not an attestation to facts.[12]

Accordingly, SCOTUS had no difficulty in overturning the Second Circuit.

International Child Abduction and the Standard for Habitual Residence
Why Serving a Subpoena Abroad Presents Unique Challenges
Barriers to Collecting COVID-19 Damages
Spread the love
Previous
Service of Process in the UK: Are You Required to Use a UK Solicitor?
Next
Will Service in Brazil be Better Under the Hague Convention?
0 0 vote
Article Rating
Subscribe
Login