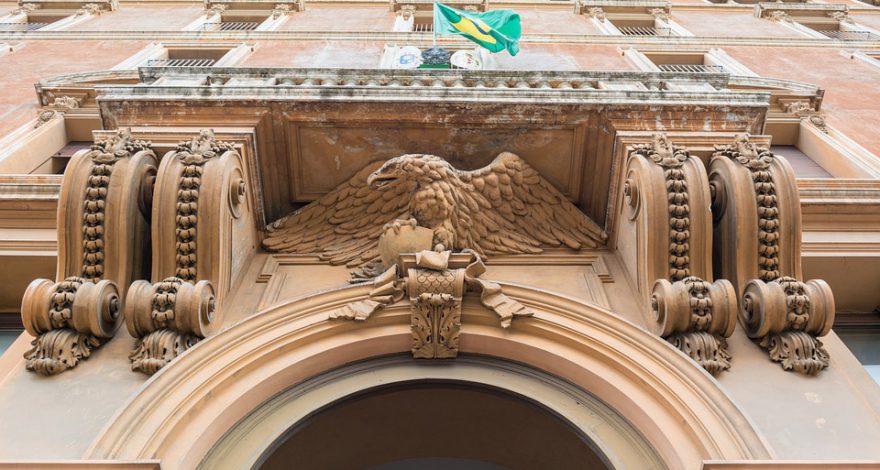 By: Tom On: August 1, 2019 In: Depositions, International Litigation Comments: 0
Spread the love

Many online vendors assert that taking an international deposition is easy, almost as easy as taking a deposition in the US. Of course, these vendors are operating under the assumption that all countries outside the US allow for voluntary depositions. And while this is true for some countries including Canada, Mexico, and the United Kingdom where US attorneys are permitted to take voluntary depositions from any willing witness (provided no compulsion is used), this rule does not apply to every country.

Germany and China, for example, do not allow voluntary depositions of nationals.[1]

Meanwhile, in France, it is easier to compel a deposition than it is to take a voluntary deposition. In France,

Obtaining a commission from the forum court in the US is not difficult. On the other hand, taking a consular deposition and securing the permission of the French Central Authority (FCA) is.

Many other countries also require that voluntary depositions be taken inside a consulate, further complicating the process. As we’ve discussed in a previous post, consulate depositions have three features that differentiate them from domestic depositions: room availability, statutory fees, and the fact that they must be voluntary. Consequently, due to the restrictions in countries like France, voluntary depositions aren’t always the best approach.

Consider you are taking a deposition in France and so must first obtain permission from the FCA, as mentioned above. In order to do so, the FCA must receive all of the following information:[3]

If you have ever taken evidence pursuant to the Hague Evidence Convention (HEC),[4] this list should be familiar: it is essentially the requirements for a Letter of Request.[5] This is important, because if you need to take evidence in France on Commission (which must be issued by the forum court), it would not be that much more work to obtain a formal Letter of Request to examine the witness with compulsion.

Why would you do this? Because given the time it will take to reserve an embassy or consulate room, you can obtain your evidence faster and for less money if you take a deposition of a French witness pursuant to the HEC than if you take the same deposition voluntarily.

Brazilian authorities do not permit persons — such as American attorneys — to take depositions for use in a US court before a US consular officer, with the assistance of a Brazilian attorney, or in any other manner. Brazilian law stipulates that the taking of depositions for use in foreign courts must be undertaken by Brazilian judicial authorities. The Government of Brazil asserts that, under Brazilian Constitutional Law, only Brazilian judicial authorities are competent to perform acts of a judicial nature in Brazil. Brazil has advised it would deem taking depositions in Brazil by foreign persons to be a violation of Brazil’s judicial sovereignty. Such action potentially could result in the arrest, detention, expulsion, or deportation of the American attorney or other American participants.

Voluntary depositions in Italy may be taken on notice or pursuant to a commission or court order before any Consular Officer of the US. Consular involvement is optional for all depositions. Consular depositions may be conducted in certain cases governed by Articles 15 through 18 of the Convention. Article 15 permits a Consular Officer of the United States to take the voluntary testimony of a US citizen in Italy.  Article 16 pertains to the voluntary testimony of an Italian or third country national.  Either a Consular Officer or a commissioner (for example, a private American attorney) appointed by the American court may take the testimony of a witness of any nationality without compulsion.  The US consular officer abroad or commissioner (through local counsel) would have to secure the permission of the Court of Appeals with jurisdiction over the deponent in the case of non-US citizens and arrange for someone authorized under Italian law to administer oaths to do so. No prior permission is required for the depositions of American citizens.

Another procedure available to litigants under the Convention (Art. 17) permits a commissioner appointed by the American court to take the testimony of a witness of any nationality without compulsion. For the voluntary depositions of non-US citizens, the commissioner must first arrange through local counsel for permission of the Court of Appeals in Italy having jurisdiction over the deponent and arrange for someone authorized under Italian law to administer oaths to do so.  If the deposition is to be conducted before a US consular officer, American attorneys should make all necessary arrangements with the embassy in Rome or the appropriate US consulate. If counsel intends to utilize videotape equipment for the purpose of recording the deposition, please note that special customs clearances must be obtained from appropriate Italian customs authorities before such equipment can be taken into Italy.  Without clearances, the equipment may be confiscated. American equipment may need special adapters to function on Italian electrical currents.

Oral depositions (conducted in Spanish regardless of the witness’ country of origin) or depositions on written questions, may be taken by US consular officers or by private attorneys from the United States or Spain at the US embassy or at another location such as a hotel or office, either on notice or pursuant to a commission. If the services of a US consular officer are required to administer an oath to the witness, interpreter, and stenographer, such arrangements must be made in advance with the US embassy directly.

Voluntary depositions of willing witnesses in civil and commercial matters are permitted regardless of the nationality of the witness.  However, prior permission from the Swedish Foreign Ministry is required.  In order to obtain this permission, contact the US embassy in Stockholm.  Oral depositions or depositions on written questions may be taken by US consular officers or by private attorneys at the US embassy or at another location such as a hotel or office, either on notice or pursuant to a commission.  If the services of a US consular officer are required to administer an oath to the witness, interpreter, and stenographer, such arrangements must be made in advance with the US embassy directly.

Taking voluntary depositions in Switzerland is subject to prior authorization by the Federal Department of Justice and Police. Foreign requests must be addressed to the central authority of the canton where the evidence is to be taken or where the person to be deposed is located. To speed up the process, Swiss authorities recommend that you send a copy to the Federal Office of Justice. The Swiss penal code provides that attorneys attempting to take a deposition or serve process in Switzerland outside of these authorized methods are subject to arrest on criminal charges.

If you’re preparing to take international depositions, the professionals at Legal Language can help. With more than 35 years of experience, our globally-recognized attorneys and paralegals are familiar with the complexities and pitfalls of taking foreign depositions. We’ll handle the complications of arranging depositions so you can focus on winning your case. From transportation to personnel, LLS has you covered.

Notes
[1] Subject to prior approval, Germany will allow US attorneys to depose US citizens.
[2] The requirement that the deposition must be taken at a consulate is not absolute: “The deposition must be held on Embassy or Consulate premises. If participants wish to hold the deposition elsewhere, they must explain fully why it cannot be held on Embassy or Consulate premises, and the Ministry of Justice will decide whether such a request can be approved.  The deposition must be open to the public.  – The date and time of the deposition must be communicated to the Ministry of Justice in advance.”
[3] https://travel.state.gov/content/travel/en/legal/Judicial-Assistance-Country-Information/France.html
[4] https://www.hcch.net/en/instruments/conventions/full-text/?cid=82
[5] The key missing section is a summary of the case.
[6] All of these descriptions are quoted from: https://travel.state.gov/content/travel/en/legal/Judicial-Assistance-Country-Information.html

How International Subrogation Can Mitigate an Insurer's Loss
SCOTUS on Nazi Gold Expropriation & the Guelph Treasure
International Child Abduction and the Standard for Habitual Residence
Spread the love
Previous
How the Javelin Affected Language Development
Next
Can Documents for Use in Depositions Be Included in LORs?
0 0 votes
Article Rating
Subscribe
Login