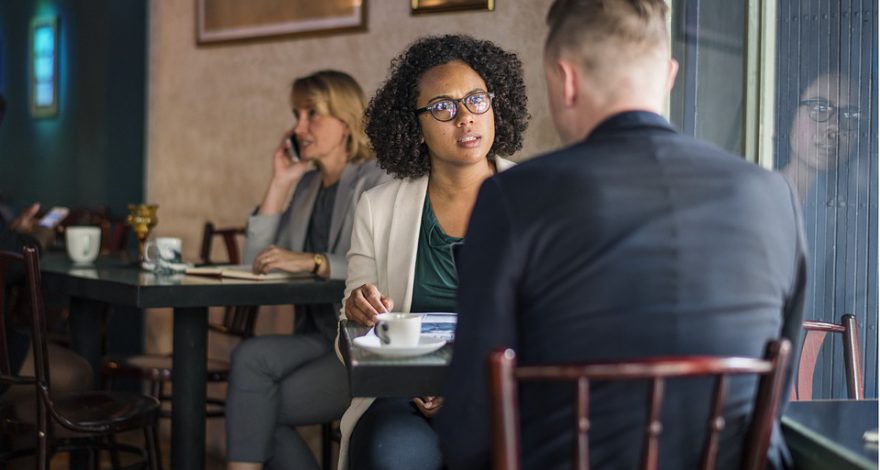 By: Tom On: March 12, 2019 In: Chinese Central Authority, International Service of Process Comments: 0
Spread the love

Since 2017, the time to complete service of process in China under the Hague Service Convention has more than doubled. As of 2019, the total time to effect service is two years. The Chinese Central Authority (CCA) has asserted that the two years required to complete service is necessary due to the many layers of the Chinese judicial system. However, this assertion appears somewhat faulty when you consider that prior to 2019 the CCA routinely completed service in less than nine months and the Chinese judicial system had just as many layers then as it does presently.

We have now reviewed several of these motions and observed that opposing counsel tends to raise 7 common arguments to have an Article 15 default judgment set aside. These arguments are outlined below.

Argument #1: Violation of Due Process

And yet, this does not prevent opposing counsel from misconstruing case law.  Citing the Nevada Supreme Court in Grupo Famsa,[4] the New Jersey trial court stated “compliance with the Hague Convention does not necessarily satisfy due process.”[5] More specifically, the New Jersey court stated that it was not “convinced that a constitutional inquiry is inappropriate or unnecessary where the Hague Convention applies. Indeed, a due process inquiry is necessary to ensure the veracity of the certificate when the underlying facts are contested.”

There are two key problems with the New Jersey court’s opinion:

In Grupo, the Mexican Central Authority effected service by serving an “employee in [Grupo’s] legal department.”[7] Under Nevada law, a corporation must be served by delivering the documents to be served to “the president or other head of the corporation, secretary, cashier, managing agent, or resident agent.”[8] The defendant filed a motion to quash service asserting that the person served on behalf of Grupo was a mere “hostess” without authorization to accept service.[9]

Although evidence was introduced that service upon a hostess was proper under Mexican law, the Nevada Supreme Court granted Grupo’s motion to quash service stating that the Mexican Central Authority’s service “amounted to no more than handing off judicial documents to the equivalent of ‘a greeter at Wal-Mart’.”[10]

The reason Grupo is flawed is because a Central Authority is only authorized to serve a defendant “by a method prescribed by its internal law for the service of documents in domestic actions upon persons who are within its territory.”[11] Under the Supremacy Clause, this provision of the Convention means that when a conflict between the method of service in the requesting and rendering countries’ laws exist, service is controlled by the rendering country’s laws.

Yet, despite having evidence that service of process upon Grupo was proper under the Mexican law, the Nevada Supreme Court ignored the rules of service under the Convention, as well as the principle of law that as a “sovereign” the Mexican government (here doing business as the Mexican Central Authority) needs to follow its own procedural rules and not those of the United States.

To further flush out why the Nevada Supreme Court is in error, let us consider a situation where the foreign country’s case law is in English. (This is necessary because Mexican laws are all in Spanish.[12]) Under Ontario law, service of process is proper upon a corporate defendant if the documents to be served are delivered to any person “in apparent control or management of any place of businesses.”[13] Of course, whether a person is “in apparent control” of a business is an evidentiary concern.[14]

Still, it is not hard to imagine that a hostess who controls the only egress into a business establishment would be deemed “in apparent control of the business.” But we will never know for sure whether the hostess in Grupo controlled the defendant’s place of business since the Nevada courts did not gather such information.[15]

It is fair to say that no two Central Authorities are truly comparable. Key metrics that can differentiate Central Authority performance include (but are not limited to):

Accordingly, for Second Tier Central Authorities, it is reasonable for courts not to grant Article 15 default judgments unless the Central Authority has had the request for service for more than 12 months and has not issued an HCS, or responded to requests for status updates.

And then there is China.

From the date a Chinese defendant is served, it now takes the CCA one year to transmit the HCS to the US. During this year-long delay in transmitting confirmation of service the CCA maintains “radio silence” and only rarely affirmatively acknowledges a request for an update on service.

These problems are not unique to LLS — international process servers both within the US and abroad are experiencing the same foot-dragging by the CCA. Multiple complaints concerning the CCA’s performance have been filed with the Hague Conference and the Department of Justice – and yet nothing changes at the CCA.

Argument #3: “Every Reasonable Effort” Not Satisfied

Briefly, Article 15 states that it is permissible for a court to issue a default judgment when the following three conditions have been meet:

Items (1) and (2) are usually easily proven with an affidavit of due diligence.

But when it comes to item (3) what does “every reasonable effort” mean?

For Tier One and Two Central Authorities we would agree with case laws that one attempt to contact these organizations does not constitute “every reasonable effort.”[19] This is especially true when a plaintiff receives an affirmative response from a Central Authority.[20]

But recall that no two Central Authorities are exactly the same; and the CCA is in a tier by itself. The CCA habitually ignores entreaties from the Hague Convention and the Department of Justice to improve its services. Accordingly, given the CCA’s track record with non-responsiveness, requesting more than one update on the status of a particular service would be an exercise in futility.[21]

Argument #4: Policy Does Not Stipulate a Time Limit for Effecting Service

While the purpose of the Hague Convention is “to ensure that judicial and extrajudicial documents to be served abroad shall be brought to the notice of the addressee in sufficient time,”[22] the Convention does not impose an obligatory time period within which the foreign central authority must effect service. Outside the pride a Central Authority gets for providing Tier One service, with the exception of Article 15, there is nothing in the Convention to motivate or compel a Central Authority to provide Tier One service. Accordingly, it is not in the United States’ interest to allow Article 15 to become moot by imposing too many onerous requirements on what constitutes “every reasonable effort.”

While a detailed discussion of the recent changes to the laws concerning jurisdiction is beyond the scope of this communication, suffice to say issues of jurisdiction are often included in motions to quash service or to set aside default judgments.[24] Here it is only important to remember that jurisdiction is independent of the service under the Hague Convention.

In one defendant’s motion to set aside a default judgment, it was asserted that the Hague forms submitted (USM-94) contained minor errors (e.g., the wrong font was used). The defendant in this case failed to cite the source of their authority, or their expertise in completing Hague request forms. This of course makes the defendant’s assertions laughable since this argument is premature at best and, more likely, an attempt at pettifogging.

As a footnote, LLS prepares its Hague forms expertly. Indeed, the CCA uses LLS’s work product on their web page to demonstrate how they want their forms prepared.[25]

The final defense strategy to have an Article 15 default judgment set aside is obfuscation; i.e. the inclusion of irrelevant case law. There is an old attorney adage that goes like this:

When the law is on your side argue the law

When the facts are on your side argue the facts

When neither the law nor facts are on your side, just argue

Some attorneys seem to embrace this mantra. For example, in motions to set aside Article 15 default judgments, attorneys have included irrelevant case law concerning service by other means[26] and service where Hague service was not considered by the court.[27]

At LLS, we’re familiar with the complications of serving process in China and have a proven success record. With more than 35 years experience effecting service abroad, our team of international litigation specialists is the leading US provider of international service of process.

If you require assistance servicing process in China (or any other country) contact the professionals at Legal Language today.

An Important Barrier to Obtaining Electronic Service
Article 13 & the Influence of Politics in the Practice of International Law
Parsons v. Shenzen Fest Tech Co: A Lesson in Vendor Due Diligence
Spread the love
Previous
What UK Solicitors Need to Know About Brexit
Next
Is Removal Before Service of Process Proper?
0 0 votes
Article Rating
Subscribe
Login