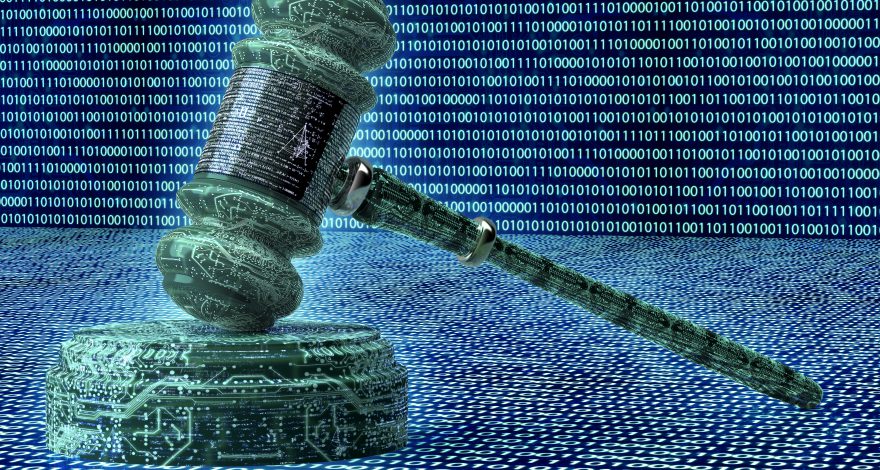 By: Tom On: April 17, 2019 In: Domestic Litigation, International Litigation Comments: 0
Spread the love

The views and opinions expressed herein are those of the author and do not necessarily reflect the views of Legal Language Services, its affiliates, or its employees.

Whether you live in China or the United States, the presence of multiple interdependent people (agents) who are competing for scarce resources means that you live in a complex system.[1] The error rate for predicting future events in a complex system expands exponentially with time.[2] This exponential increase in errors has classically allowed futurists to engage in fearmongering by predicting dystopic futures.[3]

Accordingly, it is not surprising that the first half of Kai-Fu Lee’s new book,[4] which examines “deep learning” (think neural nets on steroids), paints a dire future due to the rise of Artificial Intelligence (AI). Perhaps because of the author’s brush with an advanced case of lymphoma, the second half of Lee’s book pivots to provide a thoughtful and humanistic examination of what can be done to mitigate the negative impact of AI on society both in the US and China.

Yet, AI is already diffusing into the legal institution on both sides of the Pacific Ocean.

How AI Is Being Integrated into Legal Systems

Readers of this blog know that the Chinese judicial system can be unresponsive and slow to process service. And indeed even the Chinese realize their legal system is currently less efficient than other countries, including the US.[5]  Still, this is not surprising when you consider that the population of the US is only 309 million (roughly 5% of the world’s population) and that the population of China is 1.4 billion (roughly 20% of the world’s population).[6] This means that China must provide justice to four times as many individuals as the US – and it must do so with fewer resources.[7]

To its credit, China has begun leveraging AI to improve its legal system.

These improvements include, but are not limited to:

AI has also impacted, and will continue to impact, the practices of US attorneys. A generation ago, the now almost ubiquitous system of electronic filing did not exist in the US. A generation hence, AI will undoubtedly change the practice of law in ways that we cannot image today.  Yet, Lee’s prediction that much (if not all) of attorney’s work will be automated seems misplaced.[8]

Indeed, there are many problems AI cannot solve; and will never be able to solve.[9] While some technical limitations (like providing an exact solution to non-polynomial problem [NP]) may ultimately be solved through the application of human ingenuity or creativity, computers will never be capable of solving NP problems in any realistic amount of time.

Given the superior computing power of computers, how is that humans can solve some problems that machines cannot?

In short, machine computation is only cable of producing outputs that a human has previously contemplated; while humans are capable of creating new knowledge. And the practice of law is all about ingenuity and creativity because no two situations are exactly the same.

Years ago, a defendant who was raised in China and obtained a PhD in mathematics from a prestigious US university was put on trial for defrauding Medicaid.[12] The attorney handling the defense needed to create doubt in the jury’s mind that his client was capable of masterminding the alleged fraud. Accordingly, the attorney instructed his client to pause after each question and, before answering, translate the question (in his head) from English into Chinese, formulate the answer in Chinese, and then translate the answer back into English. Whatever that final answer was, that was the answer the defendant was to give to the questioner.

Given how different Chinese and English are the defense attorney understood that:

On the stand, the defendant did as he was told and appeared incapable of masterminding a major fraud. Because of the defense attorney’s creativity, the defendant went free.

Bottom line: Yes, AI will improve the efficiency of China’s legal system. Yes, AI will automate many tasks that are currently performed by attorneys in China and the US. But No (with a capital “N”), AI will not make attorneys in the US (or China) go the way of the dinosaurs because to be an attorney requires ingenuity and creativity – things that machines will never possess. And, of course, since lawyers are effectively the ones writing the laws they will undoubtedly erect barriers to entry by AI (even as lawyers and politicians have done for 300 years against entry by non-lawyers).

Notes
[1] Neil Johnson: Simply Complexity. One World Oxford 2007.
[2] Nate Silver: The Signal and the Noise: Why So Many Predictions Fail –but some don’t. Penguin 2012.
[3] Nick Brostom: Superintelligence: Paths, Dangers, Strategies. Oxford University Press (2014).
[4]AI Superpowers: China, Silicon Valley, and the New World Order. Brillance Audio (2018).
[5] Meng Yu & Guodong Du: China Justice Observer (2019). The China Justice Observer is an English-Language website and weekly email service that covers the Chinese legal system. Unless otherwise indicated, all facts in this paragraph are from the CJO website or email.
[6] US Census Bureau: Glossary. https://www.census.gov/glossary/#term_Populationestimates.
[7] World Bank: GDP (current US$); https://data.worldbank.org/indicator/NY.GDP.MKTP.CD (China’s GDP is $12.2 trillion compared to the US’ GDP of $19.4 trillion).
[8] Lee concedes that the human aspect of meeting with clients is something AI will be unable to automate.
[9] Noson S Yanofsky: The Outer Limits of Reason. MIT 2013.
[10] David Deusch: The Beginning of Infinity. Allen Lane 2017.
[11] Id.
[12] This case is detailed in a book publish by the Chicago Bar Association in approximately 2012.