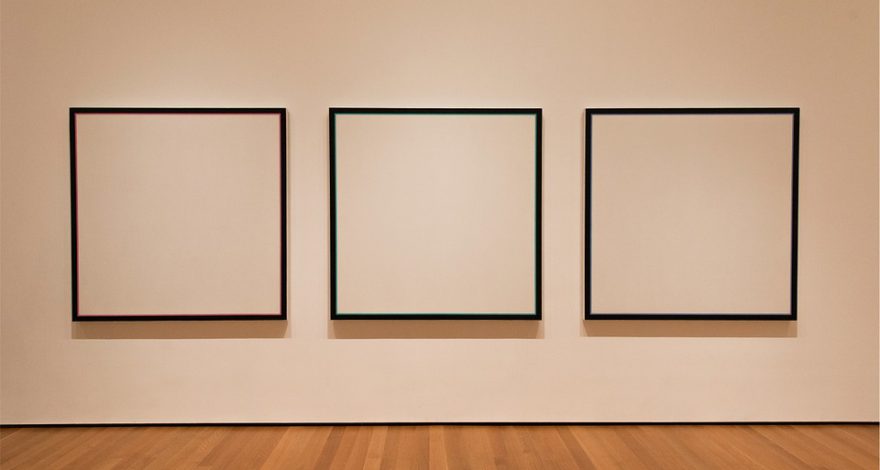 In their 2018 book, Billion Dollar Whale, Bradley Hope and Tom Wright detail how Jho Low looted billions of dollars from 1MDB (then part of the Malaysia sovereign wealth fund). Low’s criminal activities between 2007-15 resulted in the largest financial heist of all time – and make even Bernie Madoff’s Ponzi scheme look like small potatoes.

Even a cursory reading of Billion Dollar Whale reveals that fine art, especially portraits, is an ideal vehicle for money laundering. Unlike monetary transactions, art transactions are not reportable to the US government. Art is liquid and easily transportable. Many people throughout history have taken advantage of these facts including the Nazis who were able to successfully loot roughly 20 percent of the art in Europe between 1933-45.

Hermann Göring, a connoisseur of luxury, amassed “thousands of paintings, sculptures and other works during his tenure as the second-most powerful man in Nazi Germany.”[1] Even the so-called “Good Nazi,” Albert Speer,[2] stole so much art that he left his daughter a fortune.[3]

The Nazis looted art to enrich themselves. Yet because the looted objets d’art were too hot to immediately launder, they were hidden in mine shafts, railroad cars, and other places that were deemed safe.

In order to recover the stolen art, the Allies established the Monuments, Fine Arts, and Archives Section.[4] Yet, despite the Monuments Men’s best efforts, much of the Nazi looted art was not immediately recovered and what was ultimately recovered often became the fodder for decades of litigation.

Over the years, LLS has been involved in several cases concerning looted Nazi art. One case that proved particularly interesting was the Guelph Treasure litigation.[5] In this case, the heirs of several Jewish art dealers who were doing business in Frankfurt in the 1930s sought to recover a valuable art collection allegedly taken by the Nazis. The plaintiffs contended that Göring was the criminal mastermind behind this theft. The Federal Republic of Germany moved to dismiss this case claiming that Germany was entitled to immunity under the Foreign Sovereign Immunities Act (FSIA).[6]

Under the FSIA, foreign sovereigns and their agencies enjoy immunity from suit in US courts unless an expressly specified FSIA exception applies.[7] One such exception is the “expropriation” exception, which applies to situations where a foreign government has nationalized privately owned property. Consequently, the heirs in the Guelph Treasure litigation asserted jurisdiction under this exception.[8]

The “expropriation” exception has two requirements[9]

Germany needed to prove that the heirs allegations did not, in fact, bring the case within this exception.[10]

Requirement 1: Was there a Violation of International Law?

As stated above, in order to successfully prove that the expropriation exception applies, both requirements must be met. As regards the first requirement, the “intrastate taking” (i.e. a foreign sovereign’s taking of its own citizens’ property) does not violate the international law of takings, unless taking “amounted to the commission of genocide.”[11] Genocide, even “against [a country’s] own nationals” is a violation of international law.[12] Moreover, looting of individuals’ incident to the commission of an act of committing genocide fits “squarely within the terms of the expropriation exception.”[13]

After considering Germany’s arguments to the contrary, both the trial and appellate court concluded that allegations “that the Nazis took the art in this case from these Jewish collectors as part of their effort to ‘drive [the Jewish people] out of their ability to make a living” were unchallenged. Accordingly, both the Guelph Treasure trial court and the DC appellate courts ruled that the Nazis’ action of expropriation of Jewish Art in this case was a violation of international law.

Requirement 2: Was there a Commercial Connection to the United States?

As to the expropriation exception’s second requirement, “an adequate commercial nexus between the United States and the defendant is satisfied only when the property is present in the United States.”[14] In both Simon and de Csepel,[15] the plaintiffs offered only a “bare, conclusory assertion” to show that the property (viz., the art at issue in these cases) was ever present in the US.

Other Cases Concerning the Recovery of Nazi-looted Art Under FSIA

In addition to the Guelph Treasure litigation, there have been two other interesting cases concerning the recovery of Nazi-looted art under FSIA.

In Hulton v. Bayerische Staatsgemaeldesammlungen,[16] the plaintiffs were heirs to Alfred Flechtheim, who was a prominent German Jewish art collector. Before fleeing Nazi Germany, Flechtheim was “forced to place his property at the disposal” of a “Nazi tax adviser” by the name of  Alfred Schulte. After the war, Flechtheim’s art collection ultimately ended up in the possession of the Bavarian State Paintings Collection (BSPC).[17] In 2014 when the Flechtheim’s heirs brought suit to recover the Flechtheim’s art work under FSIA’s expropriation exception, the BSPC filed a motion to dismiss.

It is axiomatic for a US court to have jurisdiction in a FSIA action, the alleged wrongdoing must be “done by a sovereign — not a private entity.”[18] In this case, the plaintiffs did not allege “that Schulte acted on behalf of, or at the direction of, the German government when he ‘took possession of all of Flechtheim’s belongings’ and sold them.” Failing to demonstrate that a state actor had expropriated Flechtheim’s art collection, the court dismissed the plaintiff’s complaint against BSPC.

On January 7, 2019, SCOTUS[19] declined to hear the appeal of de Csepel v. Republic of Hungary.[20] We have already discussed the key aspect of the de Csepel case – that because it is very difficult to show that the art at issue was ever in the US, it is not possible to demonstrate expropriation.

Both the Bayerische Staatsgemaeldesammlungen case and SCOTUS’s unwillingness to re-examine de Csepel may signal that the era of Nazi-looted art cases is coming to an end. Major war criminals, like Göring and Speer — who can be clearly tied to the Nazi State — are no longer alive, and the majority of the art they stole has, for the most part, been identified and recovered. This means that smaller fish, like Schulte, are the criminal masterminds of many of the Nazi art heists that still filter into the courts. And therein is a major legalistic hurtle: Over and above the problem that virtually all of these men are dead, finding records that demonstrate they were state actors is exceedingly difficult.

An Important Barrier to Obtaining Electronic Service
Article 13 & the Influence of Politics in the Practice of International Law
Parsons v. Shenzen Fest Tech Co: A Lesson in Vendor Due Diligence
Spread the love
Previous
Will AI Replace Human Attorneys?
Next
Barriers to Serving a Subpoena in China via the HSC
0 0 votes
Article Rating
Subscribe
Login