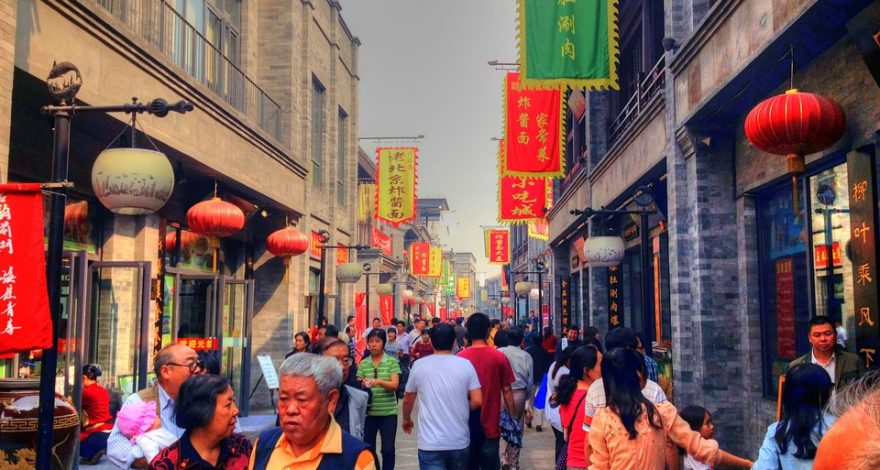 By: Tom On: May 17, 2018 In: Chinese Central Authority, Evidence Taking Comments: 1
Spread the love

Recently a client contacted Legal Language Services (LLS) about taking evidence in China. A key concern was the amount of time that might be required to obtain evidence from China. This concern arouse because the client had heard that the time required to effect service of process in China has substantially increased. Indeed, as the Department of Justice, LLS, and others are well aware, the Chinese Central Authority (CCA) for service of process under the Hague Service Convention has become extremely inefficient (it is currently taking the CCA more than 18 months to issue Hague Certificates of Service).

We believe evidence in China can be obtained 6-18 months after the CCA for evidence receives a Hague Letter of Request. This conclusion is based on the fact that Chinese courts have both a goal to close litigation within 6 months (although time extensions are possible)(CPL Article 149(a)) and a limited amount of empiric data.

More generally, before drafting a Letter for Request to take evidence in China, a fair amount of due diligence is required. While China may be one country, the laws concerning the taking of evidence –and all civil law for that matter — in mainland China (viz., the Peoples’ Republic of China), Hong Kong, and Macao are different. Indeed textbooks have been written about the conflicts of laws between mainland China, Hong Kong, and Macao.[2]

Getting Familiar with Local Laws in China

Once venue for taking evidence has been determined, it is necessary to become familiar with local laws because failure to do so can undermine the legal strategy to take evidence and make an attorney look foolish. Consider the recent case of Melaleuca v. Kot Nam Shan, Case No. 4:18-cv-00036-DCN (D. Idaho Ap. 24, 2018).  Melaleuca’s strategy to take evidence in China was to obtain testimony “through affidavits and [the plaintiff had agreed] to make its witnesses available for depositions in Hong Kong at the convenience of Defendants.” Defendants correctly challenged this plan, stating that”

China does not permit attorneys to take depositions in China for use in foreign courts. Under its Declarations and Reservations to the Hague Evidence Convention and subsequent diplomatic communications, China has indicated that taking depositions, whether voluntary or compelled, and obtaining other evidence in China for use in foreign courts may, as a general matter, only be accomplished through requests to its Central Authority under the Hague Evidence Convention.” See U.S. Dep’t of State— Bureau of Consular Affairs.

In this case the court agreed with the defendant.[3]

Indeed in China that taking of evidence is a judicial function.[4] Chinese attorneys have only limited authority to gather evidence on their own. Article 253 of China’s Amendments to Criminal Law (VII) prohibits the “stealing or illegally obtaining, by any means, personal information.”[5] So, in China the position of a document containing personal information without a legitimate chain of title to the document could be considered evidence of a criminal act.[6] There have even been reports of China deporting foreign attorneys who have attempted to take evidence independent of the Hague Evidence Convention.

Prior to drafting the Hague Letter of Request, it is necessary to have clear evidentiary goals. Mainland China, Hong Kong, and Macao have all have adopted Article 23 of the Hague Evidence Convention.  Article 23 forbids the execution of “Letters of Request issued for the purpose of obtaining pre-trial discovery of documents as known in Common Law countries.” This means that a Letter of Request that seeks any relevant document in the “position, custody, or control” of the witness will not be executed.

Accordingly, a proper Letter of Request to take evidence in China will specifically request the evidence to be taken (e.g., the profit and loss statement for the third quart of 2015). Conversely, the fear that a Chinese court will use Article 23 to justify not ordering the production of the requested evidence has been used, in part, by a US court to decline issuing a Letter of Request. See Autodesk v. ZWCAD Software, No. 5:14-cv-01409-EJD, 2015 WL 1928184, at *7 (N.D. Cal. Mar. 27, 2015).

Once, the evidentiary goals have been identified consideration needs to be given to whether a Chinese Peoples’ Court will order the production of the specifically requested evidence.

Article 12 of the Hague Evidence Convention states: “The execution of a Letter of Request may be refused only to the extent that … the State addressed considers that its sovereignty or security would be prejudiced thereby.” Article 12 (which is codified in Chinese law at CPL Article 262) has important implications for taking evidence in China because for the Chinese, the sovereignty and security of the state are paramount. Eight of ten chapters in the Chinese criminal code concern crimes against national security or social stability. Thus, in China it is easy to run up against issues of national security and social stability.

In addition, the Chinese have promulgated a number of blocking statutes.[7] For example, the Chinese have enacted the Law of the People’s Republic of China on Guarding State Secrets (中华人民共和国保守. 国家秘密法)(aka the “State Secrets Law”).[8] While this law does not precisely define what is a state secret, it does make it clear that disclosure of state secrets is punishable by imprisonment for five years to life.

As judges in China can be disciplined for their mistakes,[9] what judge in China will risk ordering the production of evidence for an American court that could be a state secret or otherwise constitute a violation of a blocking statute?[10]

While China rarely comments on why Letters of Request are not executed, it seems likely that many requests to take evidence in China may be running afoul of Article 12.[11] (By way of contrast, US courts wrestling with evidentiary issues are willing to give Chinese witnesses the choice between running afoul of Chinese blocking statutes or being found in contempt of court.[12] )

If you require assistance taking evidence in China, learn more about our evidence taking services or speak with a representative today.

LLS is one of the only vendors that has successful experience with assisting attorneys in negotiating the procedures for taking evidence abroad including cross-examination of the witness and obtaining physical evidence in addition to arranging depositions.

Request Quote
Notes
[1] There are 40 Hague Conventions, see https://www.hcch.net/en/instruments/conventions.
[2] After 2050, mainland China, Hong Kong, and Macao will have one legal system.
[3] This case was not so much about taking evidence as it was about seeking a dismissal or a change of venue.
[4] See CPL Article 64 § 2, Article 67, and Article 265 § 2.
[5] See also Emerson Elec. v. Suzhou Cleva Elec. Appliance, No. 4:13-CV-01043 SPM, 2014 WL 2986685, at *1 (E.D. Mo. July 1, 2014) (recognizing that “discovery in mainland China is prohibited under the Hague Evidence Convention”).
[6] James T. Areddy and Laurie Burkitt: China Convicts Two Foreign GSK Investigators. Wall St. Journal, Aug. 8, 2014 (a “Shanghai court convicted two corporate investigators, a British man and his American wife, for illegally purchasing personal information on Chinese citizens”); James T. Areddy, China’s Culture of Secrecy Brands Research as Spying, Wall St. Journal, Dec. 1, 2010 (an American citizen was convicted and jailed in China for illegally obtaining commercial data).
[7] Such statutes prohibit the transferring of evidence from a home country to a foreign tribunal.
[8] Other examples of Chinese blocking statutes include: (1) Chinese Anti-Monopoly Law, which prohibits the disclosure of “any information relating to [an anti-monopoly agency’s] investigation while that investigation is ongoing;” (2) Bank Data Collection law, which prohibits data compiled by a Chinese bank from leaving the country; and (3) The Anti-Unfair Competition Law, which protects commercial secrets that are “technical information and business information which is unknown by the public, which may create business interests or profit for its legal owner.”
[9] He Wen-yan & Yung-an Liao, The Reflection on the System of Enforcing the Accountability of Mistrial, in The Exploratory Study of the Theory and the Reform of the Civil Litigation 412, 412–22 (2002)
[10] Cf. If evidence is take in the forum court under Aerospatiale v US District Court for the Southern District of Iowa, 482 U.S. 522 (1987), Chinese secrecy laws and blocking statutes are less of a barrier when evidence is to be taken from a party to the litigation. See Richmark Corp. v. Timber Falling Consultants, 959 F.2d 1468 (1992)(while “we acknowledge the importance of the interests [of China’s] State Secrecy statute is designed to protect, we conclude in the circumstances of this case that [China’s] laws limiting disclosure cannot excuse [the defendant’s] failure to comply with the district court’s orders”).
[11] See also Traps for the Unwary in Disputes Involving China. Jones Day August 2012; http://www.jonesday.com/traps_for_unwary/#_edn3 (“China has enacted a series of statutes and regulations to safeguard secrets belonging to the state, provincial, or local governments and state-owned enterprises (“SOEs”). For example, the revised Law of the People’s Republic of China on Guarding State Secrets (“state secrets law”)[ Revised on April 29, 2010, effective on Oct. 1, 2010.] includes provisions restricting the export of electronic data and the use of computers and internet. The export of data before it has been reviewed and cleared of sensitive information can violate the state secrets law and subject the company and its attorneys to severe administrative and/or criminal sanctions”).
[12] Vringo v. ZTE Corp., No. 14-CV-4988 LAK, (S.D.N.Y. May 14, 2015);  Tower Manufacturing Corporation v. Shanghai Ele Manufacturing Corporation, No. CA 06-170 S. (Order) United States District Court, D. Rhode Island. August 10, 2007. Cf. Such leverage can only be obtained when the witness is a party to the litigation.

Taking a Deposition in Russia: Barriers to Discovery
Article 13 & the Influence of Politics in the Practice of International Law
Parsons v. Shenzen Fest Tech Co: A Lesson in Vendor Due Diligence
Spread the love
Previous
How to Service Process in Russia as of 2018
Next
So You Think International Service of Process by Mail is a Good Idea?
Chinese Central Authority, evidence taking abroad, evidence taking in China, requesting evidence in China
0 0 votes
Article Rating
Subscribe
Login

as I website owner I conceive the subject material here is real excellent, appreciate it for your efforts.