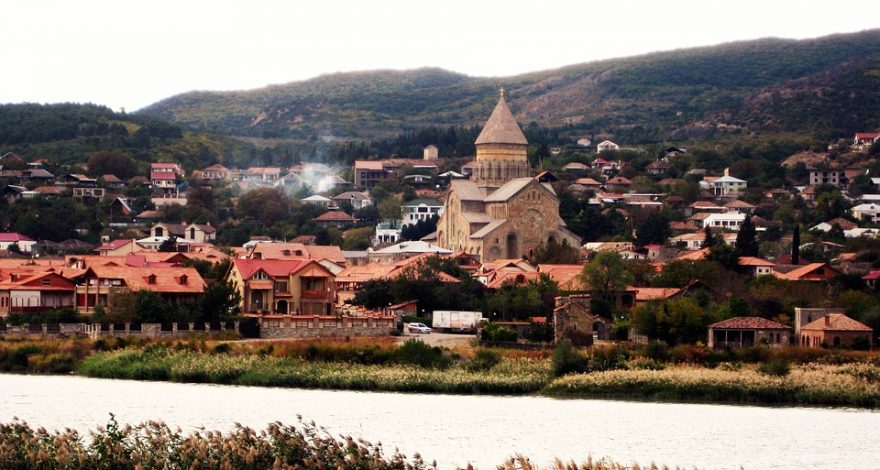 Georgia emerged from the collapsing Soviet Union as a country riddled with corruption, poverty and conflicts with Russia. Thanks to reforms initiated by current President Mikheil Saakashvili, however, Georgia has become a more democratic and stable country in recent years.

Strategically situated between Persia, Turkey and Russia, Georgia has been the object of rivalry by some of the most powerful kingdoms in history.

During the first centuries A.D. the area was influenced by Roman Christians. Later, it was dominated by Persians, Arabs, Turks and Mongols. The Ottoman and Persian empires competed for influence over the area until it was absorbed into the Russian Empire in the 19th century. After a brief interlude of independence from 1917 to 1921, the Soviet Red Army invaded Georgia and forcibly incorporated it into the Soviet Union until 1991.

Following the dissolution of the Soviet Union, Georgia elected nationalist leader Zviad Gamsakhurdia as president. He was soon overthrown by opposition militias that installed former Soviet Foreign Minister Eduard Shevardnadze as president for the next 11 years.

During Shevardnadze’s rule, Georgia was overcome with poverty, corruption and crime. In 2003, Georgian people participated in mass demonstrations over parliamentary elections, leading to Shevardnadze’s resignation.

In 2004, current President Mikhail Saakashvili was elected president after leading the “Rose revolution” protests that forced Shevardnadze to resign. Saakashvili guided Georgia toward greater integration with the West by seeking NATO and EU membership and sending Georgian troops to fight with American forces in Iraq. However, these moves hurt his relations with Russia, which reacted by rupturing trading ties. Georgia, which is heavily dependent on Russia for its energy supply, saw gas prices rise sharply in 2006, throwing the Georgian economy into turmoil.

Russia threw military support behind Georgia’s two breakaway regions, South Ossetia and Abkhazia, which historically had strong ties to Moscow. In 2008, Russia recognized the regions as independent nations. A brief war followed, in which both Russia and Georgia were accused of using force on civilians.

In April 2009, thousands of protesters marched through the streets of the capital city demanding the resignation of Saakashvili. In 2010, parliament passed constitutional changes curbing the power of the presidency and boosting those of the prime minister, Nikoloz Gilauri. Saakashvili instituted a series of changes to placate opposition leaders who blamed him for leading the country into war with Russia. By May 2010, Georgian voters appeared to overwhelmingly support Saakashvili’s ruling party.