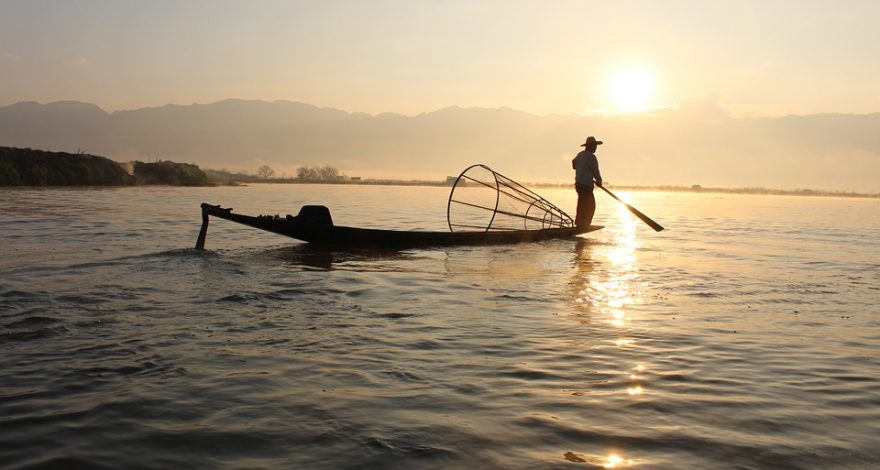 Burma has been in the news frequently as it appears to be  slowly inching away from years of a repressive dictatorship.

U Thein Sein became the president of Burma, also known as Myanmar, in March 2011. A former general, Thein Sein’s reign looks like a sharp break from the paranoid authoritarianism that has plagued Burma. Since taking office, Thein Sein has released political prisoners and attempted to liberalize the Soviet-style state economy. He has also passed new regulations legalizing labor unions and freeing the internet of heavy censorship.

One of the prominent political prisoners released from house arrest in 2010 was Aung San Suu Kyi. Kyi , the country’s opposition leader during the previous 20 years of military dictatorship, had been on and off house arrest during that period.  Any mention of her name or use of her image was taboo.

After her release, Kyi announced that she would rejoin the political system and began calling for freedom of speech and meeting with foreign dignitaries. She met with Secretary of State Hillary Rodham Clinton during her visit to Burma on November 30, the first visit by a US secretary of state to the country since 1955. Clinton promised to loosen some of the US’s economic restrictions in Burma in response to the Thein Sein administration loosening its grip on the population.

An Abridged History of Burma

Burma is located in Southeast Asia, bordering China, Laos, Thailand, Bangladesh and India. The area was ruled by Burman dynasties and the Mongols until the British began their conquest in 1824. The British annexed the country to British India in 1885.

From 1948 to 1962, Burma suffered from widespread conflict due to constitutional disputes along political and ethnic lines. In 1962 a military coup took power, abolishing the constitution and establishing a xenophobic military dictatorship and socialist economic policies. In 1988, a student-led demonstration was brutally repressed by the government, resulting in an estimated 3,000 deaths and countless others departing the country.

In 1990, the government issued parliamentary elections, assuming that the military would remain in power. When Kyi was overwhelmingly elected as leader of the National League for Democracy party, the government placed her under house arrest.

In August 2007 the country experienced a sharp increase in fuel prices that led to large, peaceful protests. The government brutally suppressed the protests and embarked on a campaign of raiding homes and monasteries to arrest suspected participants.

In 2008, Cyclone Nargis struck Burma, claiming the lives of more than 138,000 individuals and leaving tens of thousands more injured and homeless.

Is it Burma or Myanmar?

In 1989, the military government officially changed the English translations of many colonial-era names, including the name of the country to “Myanmar.” Today many organizations and governments refuse to use the name “Myanmar” as a sign of opposition to the ruling military government. “Burma” is still recognized as the official name by Australia, Canada, France, the UK, and the US, although the United Nations uses “Myanmar.”