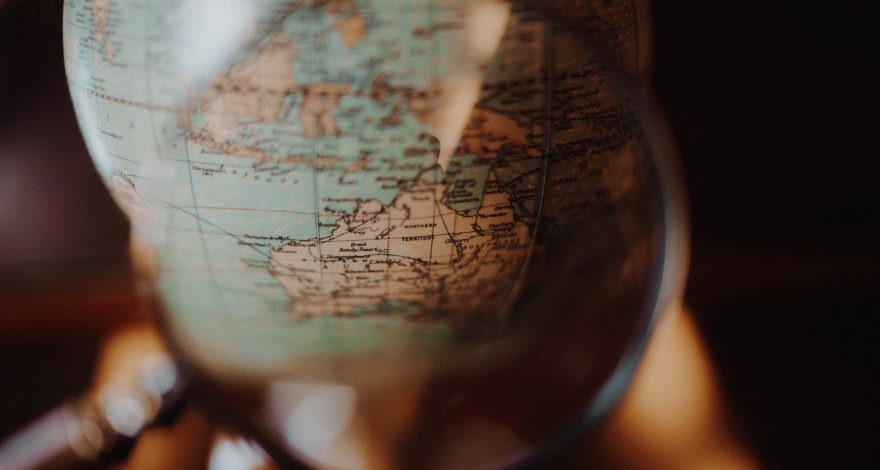 Can § 1782 Be Used to Obtain Overseas Documents?

The answer, according to Illumina Cambridge v. Complete Genomics[1] is “yes.” But, as we will see in the post below, the evidentiary burden to obtain overseas documents can be substantial. This case also provides a nice overview of the Intel factors. [2]

The case involves IP litigation wherein Illumina Cambridge, Ltd. (“IC”) — a UK subsidiary of a California company — sought to obtain documents and testimony from BGI, a Chinese biotech company. After BGI was served with a subpoena, it (along with its affiliates CGI & MGI) moved to quash the subpoenas.

The district court of the district in which a person resides or is found may order him to give his testimony or statement or to produce a document or other thing for use in a proceeding in a foreign or international tribunal… The order may be made… upon the application of any interested person and may direct that the testimony or statement be given, or the document or other thing be produced.

“has been distilled to permit district courts to authorize discovery where three general requirements are satisfied: (1) the person from whom the discovery is sought `resides or is found’ in the district of the district court where the application is made; (2) the discovery is `for use in a proceeding in a foreign or international tribunal’; and (3) the application is made by a foreign or international tribunal or `any interested person.'”[3]

What are the Intel Factors?

Once those three statutory requirements are met, a district court has wide discretion to grant discovery under § 1782. However, in exercising this discretion, district courts are to be guided by the Intel factors.

A district court need not explicitly address every factor, nor is it confined to the four Intel factors in deciding whether to exercise its broad discretion.

Addressing the Requirements of § 1782 & the Intel Factors

First, Respondents can be found in this District. A business entity is “found” in the judicial district where it is incorporated or headquartered. [BGI is headquartered in San Jose, California.]…

Second, the patent infringement proceedings in the foreign jurisdictions, which are already pending, clearly meet the statutory requirement of a proceeding in a foreign tribunal…

Third, a litigant in such foreign proceeding is an “interested person” for purposes of § 1782. Illumina Cambridge is a plaintiff in all the foreign actions. It is an interested person.[4]

The fact that Respondents are not parties to any of the foreign actions favors approval of IC’s application. “[N]onparticipants in the foreign proceeding may be outside the foreign tribunal’s jurisdictional reach; hence, their evidence, available in the United States, may be unobtainable absent § 1782(a) aid.”

Additionally, in each of the four foreign jurisdictions there is no right to pretrial discovery comparable to that in the United States. (“Most civil-law systems lack procedures analogous to the pretrial discovery regime operative under the Federal Rules of Civil Procedure. Disclosure and exchange of evidence under the civil-law systems are generally more restricted, or nonexistent.”) Thus, even if Respondents were participants, the discovery IC seeks might not be available in any event. This also weighs in favor of § 1782 discovery.[5]

Under the second Intel factor, courts consider the nature of the foreign tribunal, the character of the proceedings abroad, and the receptivity of the foreign government or tribunal to US federal-court judicial assistance.

This factor concerns whether the applicant is attempting to circumvent a foreign jurisdiction’s proof-gathering restrictions.

A petitioner seeks to circumvent foreign discovery restrictions when it seeks discovery “that cannot be obtained because the foreign jurisdiction prohibits the discovery of those documents.” The fact that more evidence may be obtained via a § 1782 application than via the foreign discovery procedures does not amount to circumvention and does not militate against approval of the application. There is no evidence that courts in any of the four foreign jurisdictions prohibit the discovery sought here… Additionally, whether or not those jurisdictions allow comparable discovery—which they do not—”[c]ourts need not determine that an applicant has exhausted its discovery attempts abroad.”[6]

The Forth Intel Factor:

Once a court has determined that discovery through § 1782 is not being used to circumvent discovery restrictions in a foreign jurisdiction, “the ordinary tools of discovery management, including Federal Rule of Civil Procedure 26, come into play; and with objections based on the fact that discovery is being sought for use in a foreign court cleared away, section 1782 drops out.”

Here, the Respondents’ argument that IC’s subpoena requests are unduly burdensome really boils down to an assertion that they don’t have possession or control over relevant documents and cannot designate someone from CGI to testify. That assertion belies the record.

First, Respondents assert that they lack legal control over many of the documents. They base this assertion on the fact that while CGI was the parent company of MGI Tech before October 14, 2019 (and thus had legal control over MGI Tech), since then the role has been reversed and CGI is now a wholly owned subsidiary of MGI Tech. It is true that the Ninth Circuit has defined “control” as “legal control,” or the “legal right to obtain documents upon demand,” rather than the “practical-ability-to-obtain-documents.” Under that standard, a subsidiary generally would not have legal control over documents that a parent possesses. But that test applies only when deciding whether a party has documents or information in its “control.”

The phrase “possession, custody or control” in Rule 45 “`is in the disjunctive and only one of the numerated requirements need be met.'” The Ninth Circuit implicitly confirmed as much in In re Citric Acid Litig., writing, “[t]he documents in question are neither in the possession nor custody of C&L-US. Thus, the only question before us is whether C&L-US has `control’ over documents in the possession of [its association co-member].” In other words, it is sufficient for Respondents to have possession or custody of documents or information for Respondents to have a duty to produce them.[7]

The court then added:

Respondents’ concerns about producing documents located outside the United States is largely anachronistic, as Respondents themselves disclosed that documents and information are often located in electronic storage, which can be accessed with equal effort from any location. Also, Respondents contend that much of the information IC seeks is maintained by “European entities,”… so the burden concern is not pressing: if documents are maintained by different entities and Respondents don’t have control over those entities, Respondents don’t need to produce them. But for documents that are in Respondents’ possession, custody or control, the Court declines to limit production to documents physically located within the United States.

Having found that the Intel factors favored IC, the court ultimately declined to quash the subpoenas, but it did limit the scope of the subpoena.

Bottom line: A § 1782 application can reach overseas documents when the American respondent has possession, custody, or control of the overseas entity holding the evidence. In this case, the evidentiary process was made easy because of an admission made by the respondent.

Conversely, in situations where such admissions are not made, it can be difficult to demonstrate the necessary level of possession, custody, or control.

IN THE MATTER OF APPLICATION OF DE LEON, Case No. 1:19-mc-15 (SD Ohio 2020) the court similarly concluded that a US corporation could be ordered under § 1782 to produce document in Saudi Arabia.

If you or your client require assistance obtaining evidence abroad, contact Legal Language Services today and our experienced professionals will be able to assist you. With more than 35 years in the business, we are one of the premier sources for international litigation support.

How to Obtain Evidence of Cybercrime with MLATs
Schrems II and Taking Evidence in the EU
The Standard for Issuing a Letter of Request
Spread the love
Previous
When Should Translation of Audio Recordings Be a Two-Step Process?
Next
When Laws and Judicial Rulings Clash
0 0 vote
Article Rating
Subscribe
Login