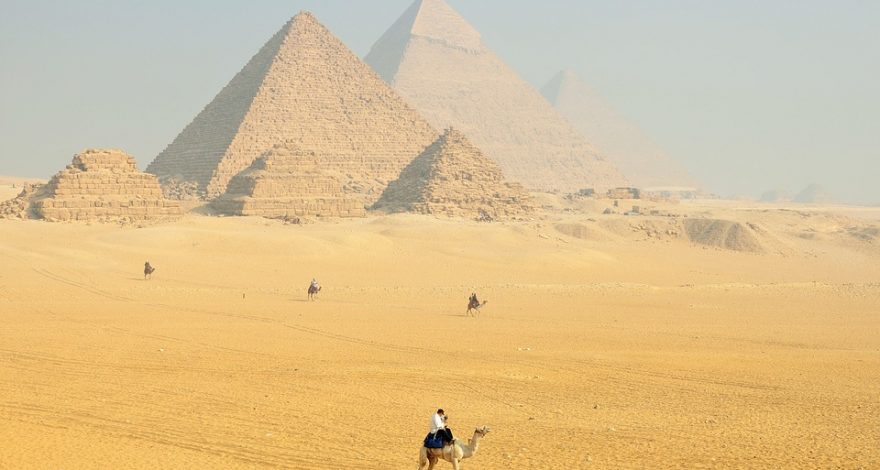 Egypt is one of the world’s oldest civilizations. Early settlers relied on the flooding of the Nile River, and appreciated the deserts which helped protect them from invaders. By 3200 B.C., Upper and Lower Egypt were united by King Menes and then ruled by various pharaonic dynasties, the last of which was overtaken by the Persians in 341 B.C.

By this time, many of the famous pyramids had been built. Most pyramids were built as tombs for pharaohs. In fact, the first one was built for King Zoser in 2650 B.C. This was a major milestone in Egypt’s history.

Ancient Egyptians had many significant cultural achievements outside of building pyramids. They had also developed a system of writing, a way to predict when the Nile would flood and methods for performing surgery.

Over time, the Byzantines, Greeks and Romans each took their turn to rule Egypt, but the Arabs’ arrival in the 7th century made a major impact. The Arabs were in charge until the 1200s, during which time the country began using the Arabic language. The majority also adopted Islam as their religion. Around the same time, Cairo was named the capital of Egypt.

By 1250, the Mamluks took over and ruled for almost three centuries. In 1517, Sultan Selim I conquered Egypt, annexing it into the Ottoman Empire like many nearby countries. This period was relatively stable since most of the Turks and Egyptians shared similar religious and cultural views. However, about one century later, the Mamluks returned to power.

In the 1800s, Ottoman viceroy Muhammad Ali tried to free Egypt from Turkish rule, but ultimately failed. However, he is still considered the father of modern Egypt due to his efforts to secure the country’s independence.

The Suez Canal was completed in 1869, which turned Egypt into a major transportation hub. The British began to occupy Egypt in 1882. The country became partially independent from Britain by 1922, but was unable to completely overthrow British rule until 1952.

The next major event in Egypt’s history was the Arab-Israeli conflict, which went on for decades. Though Egypt and Israel signed the Camp David Accords in 1979, tensions remain.

Egypt is currently going through heavy political turmoil under the presidency of Mohamed Morsi. There is significant controversy surrounding Egypt’s draft constitution, which is backed by Islamists but largely opposed by secularists, Christians and liberals. The draft constitution passed the first round of a referendum by about 56 percent in 10 of Egypt’s 27 governorates.

Hopefully this issue will not become the catalyst for another period of political instability in Egypt.