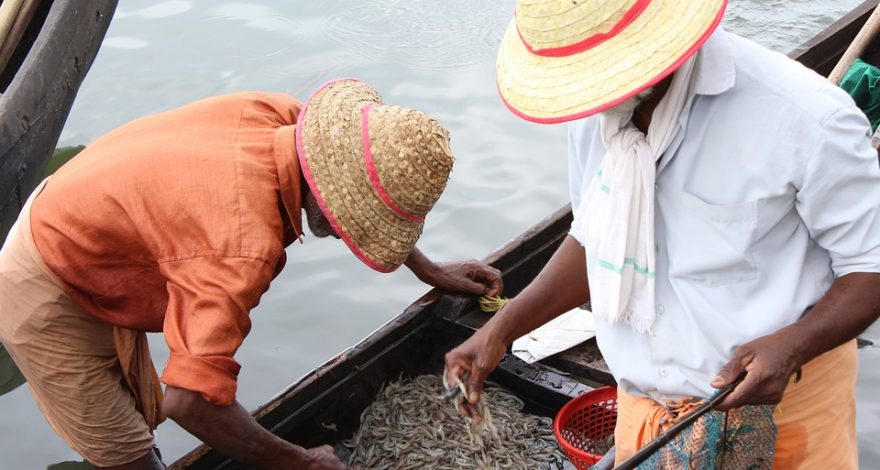 What Type of Immunity Does IOIA Bestow on International Organizations?

By: Tom On: June 5, 2018 In: In Court, International Litigation, Legal News Comments: 0
Spread the love

SCOTUS to hear case on the nature of the immunity granted to international organizations.

On May 21, 2018, the Supreme Court of the United States (SCOTUS) agreed to hear a case involving the International Organizations Immunities Act (IOIA).[1] Enacted in 1945, the IOIA affords international organizations the “same immunity” from a lawsuit that a foreign government would have.[2]

What is interesting about this case is the question of exactly what type of immunity the IOIA bestows upon international organizations (IOs). Does it bestow sovereign immunity as it existed before the enactment of the Foreign Sovereign Immunities Act (FSIA) of 1976[3] or has the IOIA’s 1945 immunity somehow evolved to become co-terminus with FSIA immunity after 1976?

In taking this case, SCOTUS will not only resolve this question, but it will also resolve a split in the circuits on the nature of the IOIA immunity.

This case was brought by a group of fishermen and citizens of India who asserted “that their way of life has been devastated by [a] power plant.”[4] The building of the plant was funded by the International Finance Corporation (IFC), which is “an international organization founded in 1956 with over 180 member countries.” The IFC is headquartered in Washington.

In accordance with the IFC’s policy to prevent social and environmental damage, the IFC’s loan to the power plant “included an Environmental and Social Action Plan designed to protect the surrounding communities.” Unfortunately, according to the IFC’s own internal audit “the plant’s construction and operation did not comply with the Plan” and the IFC “did not take any steps to force the loan recipients into compliance with the Plan.” The fishermen’s claims were therefore “almost entirely based on tort: negligence, negligent nuisance, and trespass.” In addition, the fishermen asserted that “the IFC is not immune to these claims, and, even if it was statutorily entitled to immunity, it has waived immunity.”

Both the trial court and the court of appeals dismissed all of the fishermen’s claims on grounds that the IFC had immunity under the IOIA.

The appellate court observed that under the IOIA, international organizations “shall enjoy the same immunity from suit . . . as is enjoyed by foreign governments, except to the extent that such organizations may expressly waive their immunity for the purpose of any proceedings or by the terms of any contract.”[5] (sic.) Which IOs are entitled to IOIA immunity is a matter of Presidential discretion.[6]

In the case of the IFC, its immunity was granted by President Eisenhower and was never revoked by a subsequent administration.[7] Importantly, under Atkinson v. Inter-Am. Dev. Bank,[8] “foreign organizations receive the immunity that foreign governments enjoyed at the time the IOIA was passed, which was ‘virtually absolute immunity;’”[9] and that IOIA “immunity is not diminished even if the immunity of foreign governments has been subsequently modified, particularly by the widespread acceptance and codification of a ‘commercial activities exception’ to sovereign immunity.”

Using logic developed by the Third Circuit, the fishermen argued that because the “purpose of the immunities accorded to international organizations is to enable the organizations to fulfill their functions, applying the same rationale in reverse, it is likely that most [IOs] would be unwilling to relinquish their immunity without receiving a corresponding benefit which would further the organization’s goals.”[11] Thus in the minds of the fishermen, the IFC’s commercially beneficial activities resulted in a corresponding diminution of its IOIA immunity. How such a diminution of its IOIA immunity occurred or the how the change in immunity was to be measured was not explained in the opinion.

The appellate court gave no weight to the fishermen’s arguments.

The Court of Appeals Ruling

In Atkinson, the DC court of appeals explicitly rejected the notion that immunity automatically evolved without Congressional action.[12] Atkinson observed that “Congress anticipated the possibility of a change to immunity of international organizations, but explicitly delegated the responsibility to the President to effect that change—not the judiciary.”[13] Indeed, because “Congress rejected a [IOIA] commercial activities exception,” Atkinson’s holding that the IOIA provided an international organization with absolute immunity (unless the President revoked such immunity or the organization affirmatively waived such immunity) remained the law of the circuit.[14]

This brought the court of appeals to the issue of waiver argument. “There is no question that the IFC has waived immunity for some claims. Indeed, its charter, read literally, would seem to include a categorical waiver.” Yet, whether an international organization waived its immunity is to be narrowly interpreted.[15]

Still, the court was aware that “the line of cases applying Mendaro ended up tying waiver to commercial transactions.” According to the court, such logic was flawed because if a commercial activities “exception applied to the IFC, the organization would never retain immunity since its operations are solely ‘commercial,’ i.e., the IFC does not undertake any ‘sovereign’ activities.” More generally, engrafting a commercial activities exception upon IOIA immunity would mean that no IO would be entitled to any immunity, because no IO – by definition – can ever be a sovereign. All IO activities are commercial. Thus, if the DC court of appeals held that the IOIA had an implicit commercial activities exception, like the FSIA, the judicial “floodgates” in Washington DC would be open for every party with an ax to grind against IO based in that city.

What Will SCOTUS Decide?

So, how will the SCOTUS rule on this matter? It is hard to know. But it seems unlikely the Court will find an implicit commercial exception to the IOIA because by doing so the Court would moot a Congressional grant of immunity to the IOs.

Will AI Replace Human Attorneys?
When it Comes to Address Research, How Much is Enough?
SCOTUS Settles Mail Service Controversy
Service of Process in the UK: Are You Required to Use a UK Solicitor?
Spread the love
Previous
Can Physical Evidence Be Obtained Under the Hague Evidence Convention?
Next
Can You Contract Your Way Out of Hague Convention Service?
international law, international organizations, IOIA