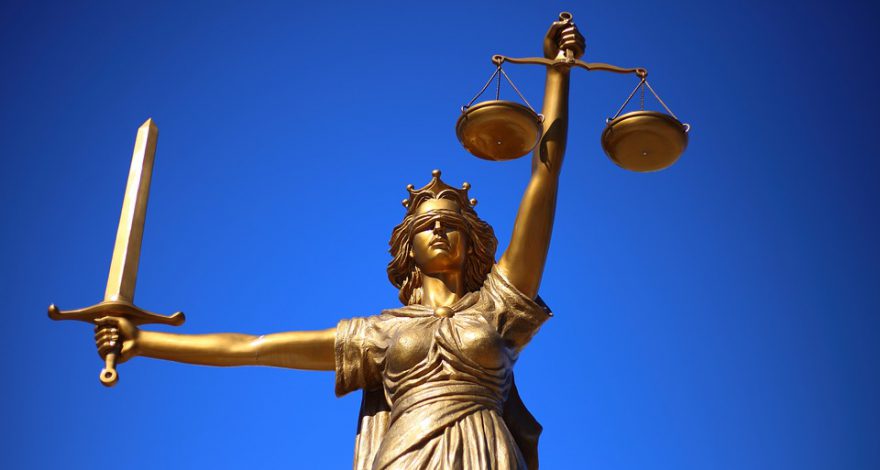 Who Can Take Evidence from a US Witness?

Contending Ideas About the Meaning of a Tribunal

ALJ alleges that FedEx Corp. was involved in contract negotiations and performance of two contracts between ALJ and FedEx International Incorporated (“FedEx International”), a subsidiary of FedEx Corp. Each contract became the subject of a commercial arbitration, one pending in Dubai in the United Arab Emirates (“UAE”), the other brought in the Kingdom of Saudi Arabia.[1]

Driving the litigation was ALJ’s unhappiness with FedEx’s acquisition of a competing delivery service. Ultimately and “without warning,” FedEx terminated its contract with ALJ.

In March of 2018, FedEx International commenced arbitration against ALJ, under the rules of the Dubai International Financial Centre-London Court of International Arbitration (“DIFC-LCIA”). Shortly after the commencement of arbitration, ALJ filed an application for discovery under 28 U.S.C. § 1782(a) against FedEx Corp. “In the application, ALJ sought to compel production of documents from FedEx Corp. and to subpoena deposition testimony from a corporate representative of FedEx Corp.”

The district court denied ALJ’s application for discovery, holding that the phrase “foreign or international tribunal” in § 1782(a) did not encompass either of the two arbitrations. ALJ then appealed.

Tribunals in the Dictionary

The sixth Circuit began its opinion by observing that:

Neither the phrase “foreign or international tribunal” nor the word “tribunal” is defined in the [28 USC §1782] statute, and the parties dispute whether the word “tribunal” includes a privately contracted-for commercial arbitration. Accordingly, to “determin[e] the meaning of a statutory provision, we look first to its language, giving the words used their ordinary meaning.”[2] Ordinary meaning “is to be determined retrospectively: we must go back to ‘the time Congress enacted the statute’ and discern its meaning from that point in the past.[3] However, “we can sometimes determine the ordinary meaning of words in a statute by reference to dictionaries in use at the time the statute was enacted;”[4] or from “other evidence of usage in the years preceding the enactment: for example, the sense in which courts used a particular word or phrase.[5]

The court then stated:

As an initial matter, it is important to note that we have no evidence that the phrase “foreign tribunal” or the phrase “international tribunal” is a term of art. We have located no dictionary that defines either phrase. And we have found no other evidence that either phrase is a term of art with a specialized meaning.[6]We note also that there is no dispute that the DIFC-LCIA arbitration is “foreign or international” in nature.

The court then summarized its findings:

several legal and non-legal dictionaries contain definitions of “tribunal” broad enough to include private arbitration, while others contain narrower definitions that seem to exclude such proceedings. Because dictionaries leave room for interpretation, we turn to other indicators of usage to discern the word’s linguistic meaning.[9]

With respect to legal writings:

A broader definition of “tribunal” finds more support in American courts’ historical and continuing usage of the word to describe private arbitrations. American jurists and lawyers have long used the word “tribunal” in its broader sense: a sense that includes private, contracted-for, commercial arbitral panels. Furthermore, courts used the word to describe private, contracted-for commercial arbitrations for many years before Congress added the relevant language to § 1782(a) in 1964.[10]

The Supreme Court of the United States, and our court, have used the same terminology:

In Toledo Steamship Co. v. Zenith Transportation Co., 184 F. 391, 400 (6th Cir. 1911), this court was addressing a private agreement to arbitrate when it stated that the “question [of fault] was settled against [the appellant] by his own tribunal.” In Bernhardt v. Polygraphic Co. of America, 350 U.S. 198, 203 (1956), the Supreme Court observed: “The nature of the tribunal where suits are tried is an important part of the parcel of rights behind a cause of action. The change from a court of law to an arbitration panel may make a radical difference in ultimate result.” Bernhardt involved a contract under which the parties agreed to resolve disputes by “arbitration under New York law by the American Arbitration Association;” thus, the case involved a private arbitration. Id. at 199. … Courts of equity do not refuse to interfere to compel a party specifically to perform an agreement to refer to arbitration because they wish to discourage arbitrations… But when they are asked to… compel the parties to appoint arbitrators whose award shall be final, they necessarily pause to consider whether such tribunals possess adequate means of giving redress.

The Sixth Circuit next turned its attention on Intel Corp. v. Advanced Micro Devices, Inc., 542 U.S. 241 (2004). Intel “did address the scope of § 1782(a)’s use of “tribunal” in a different factual context” and both parties to this litigation cited Intel in support of their respective positions.

In Intel, AMD filed a § 1782(a) application in federal district court to obtain evidence from Intel for use in the antitrust enforcement proceeding. Relevant here, the Supreme Court had to ascertain whether the Commission was a “foreign or international tribunal” within the meaning of § 1782(a). The Supreme Court concluded that it “ha[d] no warrant to exclude the…  Commission, to the extent that it acts as a first-instance decision-maker, from § 1782(a)’s ambit.” In reaching that conclusion, the Court noted that the pre-1964 version of the statute had empowered district courts to order discovery “in any judicial proceeding pending in any court in a foreign country.” In 1964, Congress replaced that phrase with “in a proceeding in a foreign or international tribunal.” According to the Intel Court, “Congress understood that change to `provid[e] the possibility of US judicial assistance in connection with [administrative and quasi-judicial proceedings abroad].'” Thus, on the Supreme Court’s reasoning, the word “tribunal” applies to non-judicial proceedings.[11]

FedEx Corp. had argued that only a certain type of arbitration qualifies: namely, “state-sponsored” arbitration.

Unfortunately FedEx Corp. did not provide any examples of “state-sponsored” arbitral bodies that would fit its reading of the statute. Instead, FedEx Corp. cites a line from the section of Intel describing four discretionary factors district courts should consider in deciding whether to grant a § 1782(a) request. The second factor in the analysis is “the nature of the foreign tribunal, the character of the proceedings underway abroad, and the receptivity of the foreign government or the court or agency abroad to US federal-court judicial assistance.” Because a private arbitration panel “is not a `foreign government’ nor a `court’ nor an `agency,'” FedEx Corp. argues, it “is not within the class of tribunals contemplated in Intel.” When viewed in context, however, this sentence from Intel does not do the work FedEx Corp. asks of it. First, and most saliently, this portion of the Intel opinion simply describes one factor for district courts to consider when deciding whether to grant a § 1782(a) request after making the threshold determination of whether a given proceeding is in a “tribunal.” Nothing in the quoted sentence indicates that the Intel Court was attempting to define “tribunal” in this portion of the opinion. Second, the quoted sentence does not foreclose the possibility that a district court might consider the privately constituted “nature” of a “tribunal” to counsel against granting discovery in a given case—for instance, if an arbitral panel has limited resources to consider outside evidence (a factual determination that the district court would be in a better position than an appellate court to make).[12]

At this point, it was clear that the Sixth Circuit was going to “reverse the district court’s order and remand for the district court to consider whether ALJ’s application should be granted under the Intel factors.” Yet, because the Sixth Circuit was well aware of FedEx’s position that expanding private discovery was “a task for Congress, not the courts,” the court went on to discuss several other related topics, including the breadth of § 1782(a) Discovery Compared to Federal Arbitration Act Discovery,[13] efficiency considerations, and the “twin aims” of § 1782.

If you need assistance arranging for depositions abroad or within the US, contact the professionals at LLS. Our attorneys and paralegals are well-versed with foreign statutes regarding both voluntary and compulsory depositions and have been arranging depositions at home and abroad for more than 35 years.

How to Obtain Evidence of Cybercrime with MLATs
Schrems II and Taking Evidence in the EU
Can § 1782 Be Used to Obtain Overseas Documents?
Spread the love
Previous
The 4 Rules of Legal Transcription
Next
Taking Depositions in China
0 0 vote
Article Rating
Subscribe
Login